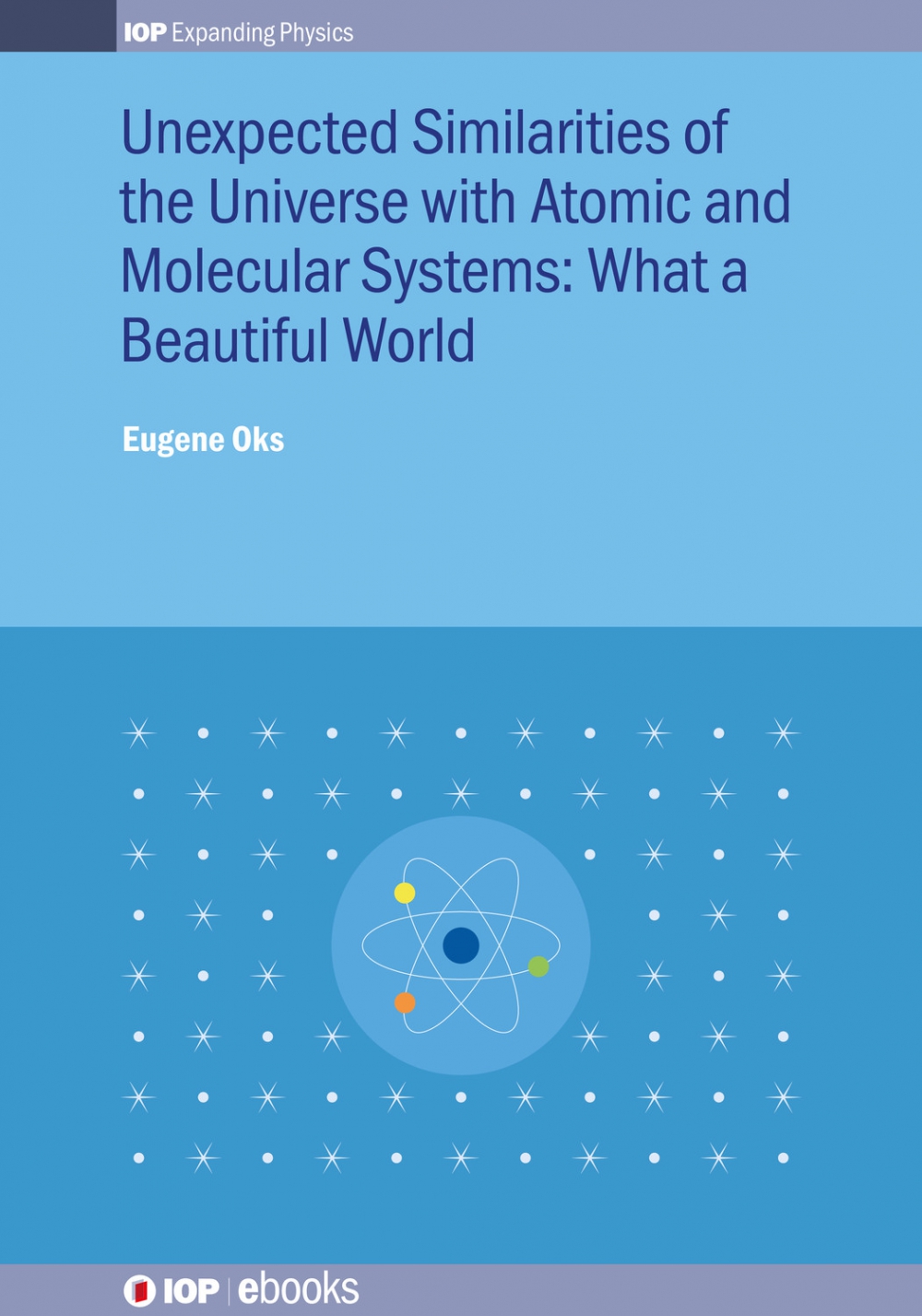 As fascinating and unexplainable as the universe appears to be, there are also an incredible amount of similarities between the universe and the everyday world and we are constantly evolving to discover more about these incredible parallels as this book unveils. Important topics such as Rydberg atoms, planet–star and satellite planet systems, star–planet–moon systems, and black holes and atomic/quantum physics, as well as the explanation of dark matter, will be addressed throughout the book. For those with a fascination in the world around us, as well as undergraduate and graduate students, researchers and anyone who wishes to gain better physical insight of the discussed phenomena, this book offers a simplified approach to the beautiful world around us.

Eugene Oks received his PhD from the Moscow Institute of Physics and Technology, and later the highest degree of Doctor of Sciences from the Institute of General Physics of the Academy of Sciences of the USSR by the decision of the Scientific Council led by the Nobel prize winner, academician A M Prokhorov. His research has included atomic and molecular physics, plasma physics, laser physics, nonlinear dynamics, and astrophysics. He has also discovered new research areas such as intra-Stark spectroscopy and quantum chaos, and has consequently published more than 400 papers and five books on relevant subjects.

Chapter 2. Reasons from astrophysics and atomic physics for our world to be three-dimensional

Chapter 3. More on the stability of atoms and planetary systems in our three-dimensional world: Why do we live longer than a tiny fraction of a second?

Chapter 4. Crossing of the micro- and macro-worlds: similarities between planet-star or satellite-planet systems and giant (Rydberg) atoms of the diameter twice the size of human hair

Chapter 6. Similarities between the motion of a satellite with a constant acceleration and the Stark effect in Rydberg atoms

Chapter 7. Similarities between the motion of a satellite around the oblate Earth and Rydberg atoms in a high-frequency laser field and heavy hydrogenic ions, including the description using uncommon "2-dimensional" numbers.

Chapter 8. The "Sun" going back and force: similarities between a planet around binary stars or a star-planet-moon system and one-electron Rydberg quasimolecules

Chapter 10. Atomic nuclei beyond the standard model: an unknown matter not only in the Universe?

Chapter 11. Concluding remarks on the harmony and beauty of micro- and macro-worlds: symmetries ruling everything

Appendix A. Overview of the generalized classical dynamics

Appendix D. Derivation of the effective potential energy for a hydrogen Rydberg atom in a