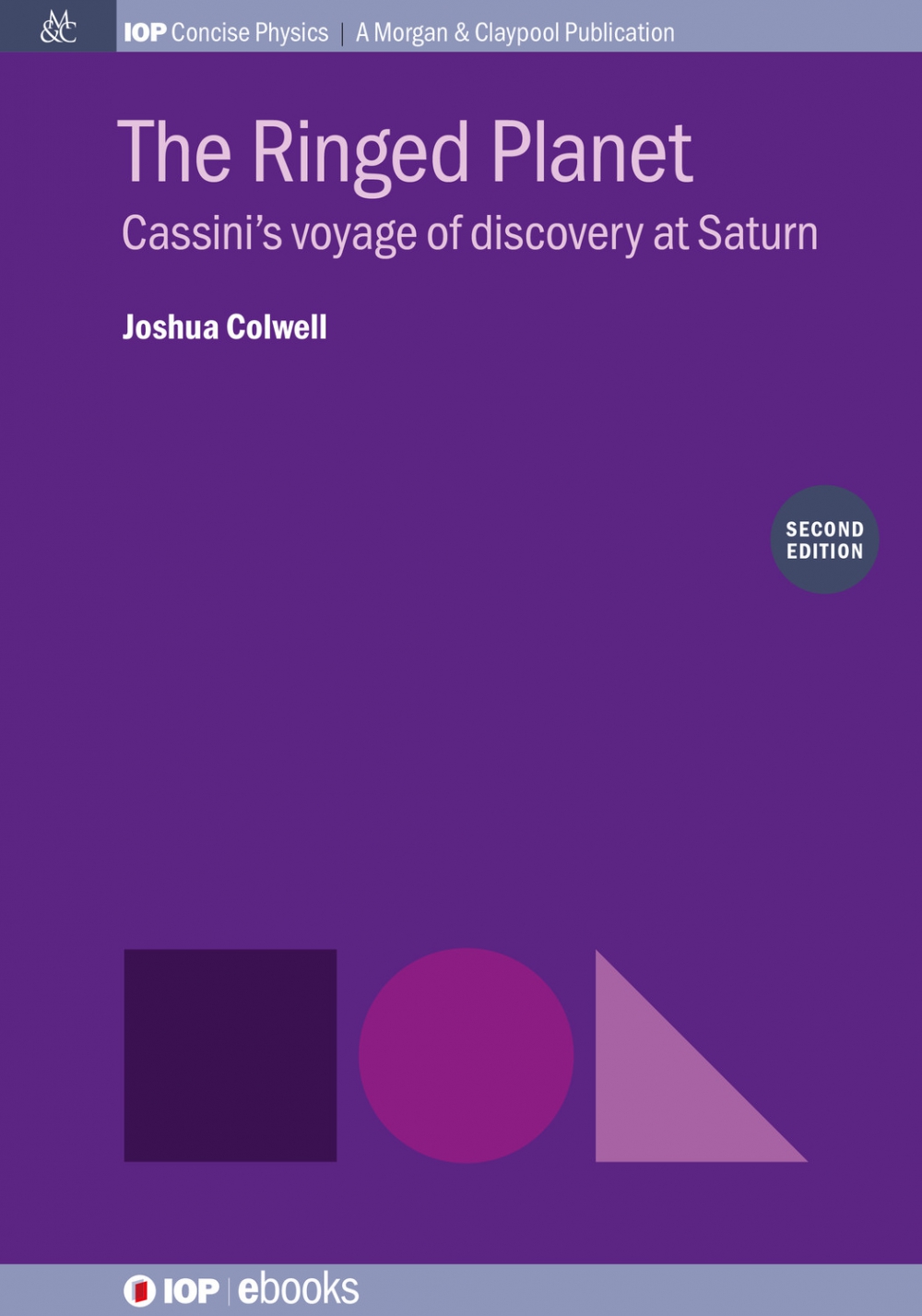 Saturn is the jewel of the solar system. The Cassini spacecraft has been exploring the ringed planet and its moons since 2004 and it has helped us solve many of the planet's mysteries while generating a wealth of new questions. Cassini has observed the bizarre mountains of Iapetus, the geysers of Enceladus, the lakes of Titan, and the dynamic and evolving rings. On September 15 2017 the spacecraft sent its final transmission to the Earth as it entered the atmosphere of Saturn, ending its historic 13-year mission. Its instruments have revealed details that have never been seen before, including the only extra-terrestrial lakes known in the solar system, in addition they have provided unprecedented views of the rings, moons and the planet itself. Results from Cassini's dramatic grand finale of ring-grazing and planet-skimming orbits are included in this expanded and updated second edition.

Written for the general audience, with an emphasis on the fundamental physics of planetary systems, The Ringed Planet is a fascinating exploration of the Saturn system that places Saturn in the context of the solar system as a whole. More than a journey of discovery at Saturn, this book is also an introduction to how planetary systems work. Beautifully illustrated, this journey of discovery through the Saturn system explores and explains the fundamental processes that shape the Saturn system, as well as planets and moons in general.

Joshua Colwell is a planetary scientist and Pegasus Professor of physics at the University of Central Florida. His research interests are in the origin and evolution of the solar system, planet formation, planetary rings, asteroids and comets. He worked on the Cassini mission from 1990 until 2017, and continues to analyze data from it. His experiments have flown on the Space Shuttle, the International Space Station, suborbital rockets and parabolic airplane flights. He produces and hosts the astronomy podcast Walkabout the Galaxy.

Preface to the Second Edition

3. Why are There Moons and Rings?

4. A Menagerie of Moons

6. Divining the Age of the Rings

9. Future Exploration of the Saturn System