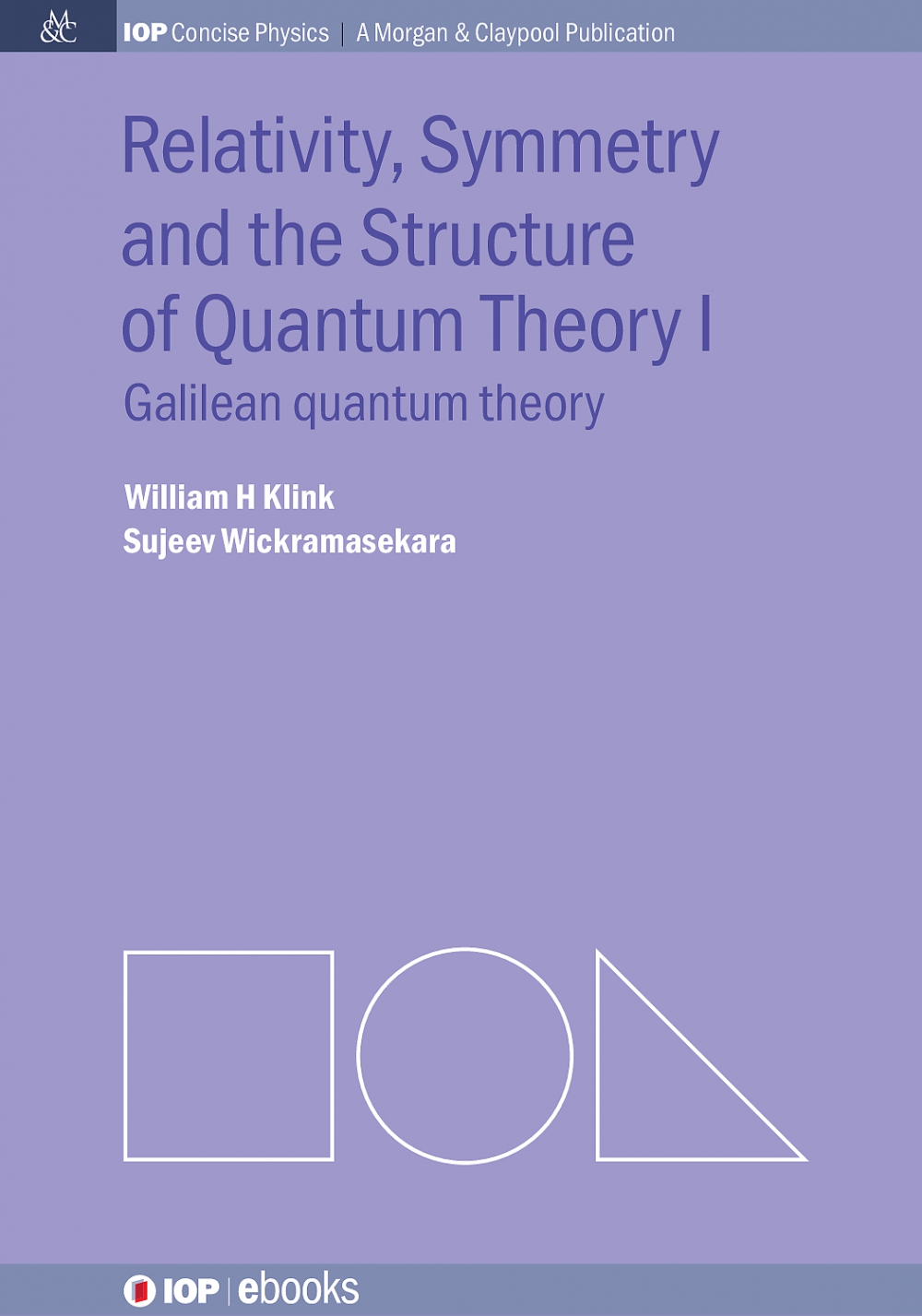 The history of how quantum mechanics was developed is a fascinating one and underlies the focus of this book; namely, given the rules that the founders of quantum mechanics developed, is it possible to find principles that lead to the structure of quantum mechanics as it was historically formulated? This is the first book in a series of works considering what particular relativity is applicable to a given dynamical theory. The series considers Newton, Einstein, and de Sitter relativities, while this book examines the unitary irreducible representations of the Galilei group and see how they provide the framework for Galilean quantum theory.

William H Klink is a retired Professor of Physics and Astronomy and Adjunct Professor of Mathematics at the University of Iowa. His research dealt with the application of symmetry to quantum theory and quantum mechanical systems. Applications included using symmetry to develop a relativistic quantum theory for systems within finite and infinite degrees of freedom. His recent work has been using symmetry to show why quantum theory has the structure that it does, leading to work dealing with the interpretation of quantum theory, as well as work in the field of science and religion. Sujeev Wickramasekara is an Assistant Professor in the Department of Physics at Grinnell College in Iowa and a Research Scientist at the Department of Physics and Astronomy at the University of Iowa. He received his PhD from the University of Texas at Austin. His research interests include quantum field theory; relativistic resonances; phenomenology of the Z-boson; foundations of quantum physics; functional and harmonic analysis; Hp-spaces; representations of groups and semigroups; measure theory; distributions and test function spaces.