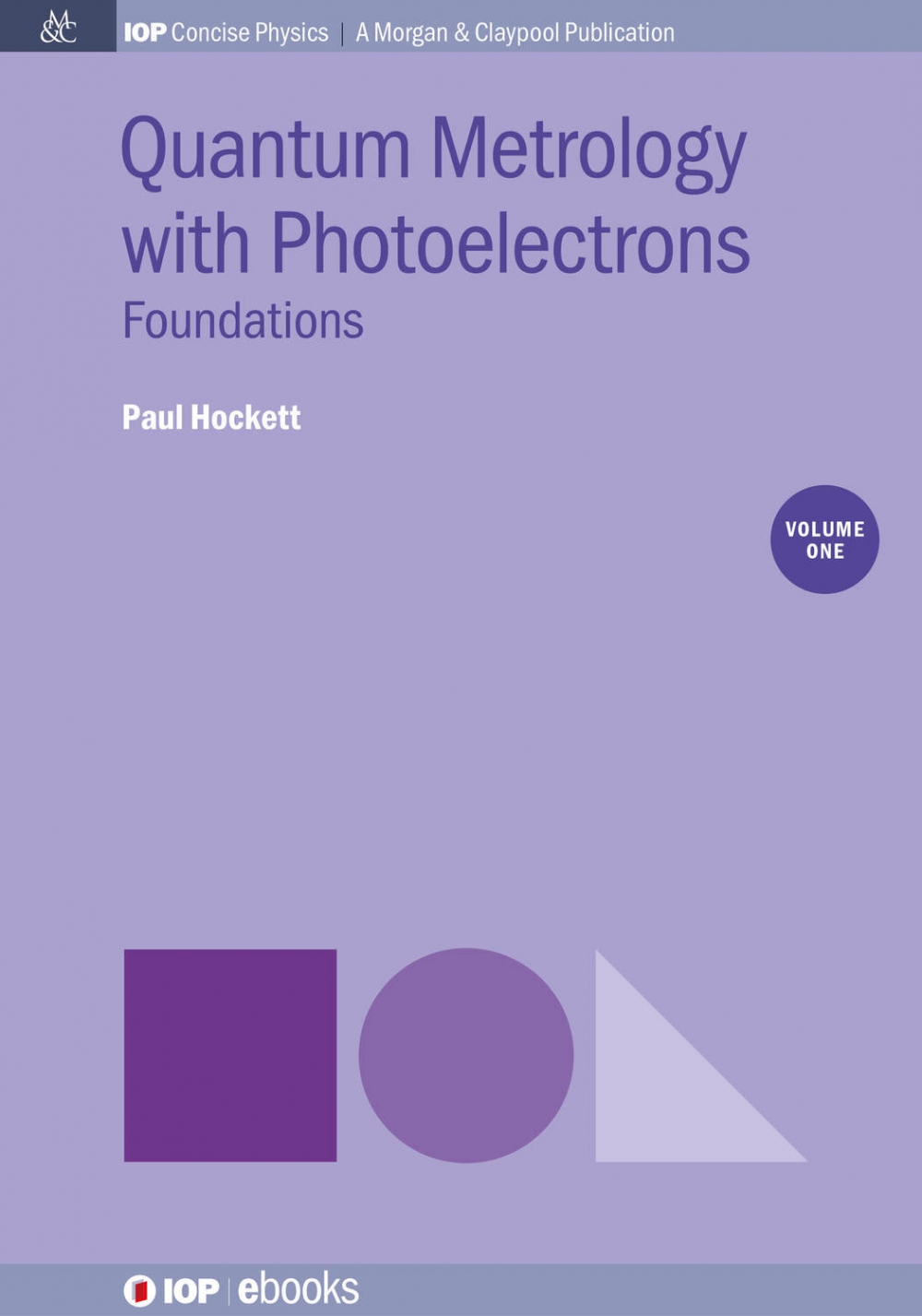 Since the turn of the century, the increasing availability of photoelectron imaging experiments, along with the increasing sophistication of experimental techniques, and the availability of computational resources for analysis and numerics, has allowed for significant developments in such photoelectron metrology. Volume 1, Quantum Metrology with Photoelectrons: Foundations discusses the fundamental concepts along with recent and emerging applications.

The core physics is that of photoionization, and volume 1 addresses this topic. The foundational material is presented in part as a tutorial with extensive numerical examples and also in part as a collected reference to the relevant theoretical treatments from the literature for a range of cases. Topics are discussed with an eye to developing general quantum metrology schemes, in which full quantum-state reconstruction of the photoelectron wavefunction is the goal. In many cases, code and/or additional resources are available online. Consequently, it is hoped that readers at all levels will find something of interest and that the material provides something rather different from existing textbooks.

The author addresses photoionization as an interferometric process, in which multiple paths can contribute to the final continuum photoelectron wavefunction. At the simplest level, interferences between different final angular momentum states are manifest in the energy and angle-resolved photoelectron spectra: metrology schemes making use of these interferograms are thus phase-sensitive, and provide a powerful route to the detailed understanding of photoionization. In these cases, the continuum wavefunction (and underlying scattering dynamics) can be characterised. At a more complex level, such measurements can also provide a powerful probe for other processes of interest, leading to a more general class of quantum metrology built on phase-sensitive photoelectron imaging.

Paul Hockett earned his PhD in 2008 from the University of Nottingham, UK, and joined the National Research Council of Canada in 2009. Paul's research interests cover a range of topics spanning the areas of AMO (atomic, molecular, and optical), quantum, and computational physics (and physical chemistry), with a particular focus on fundamental light-matter interactions, spectroscopy, and application to complex systems.