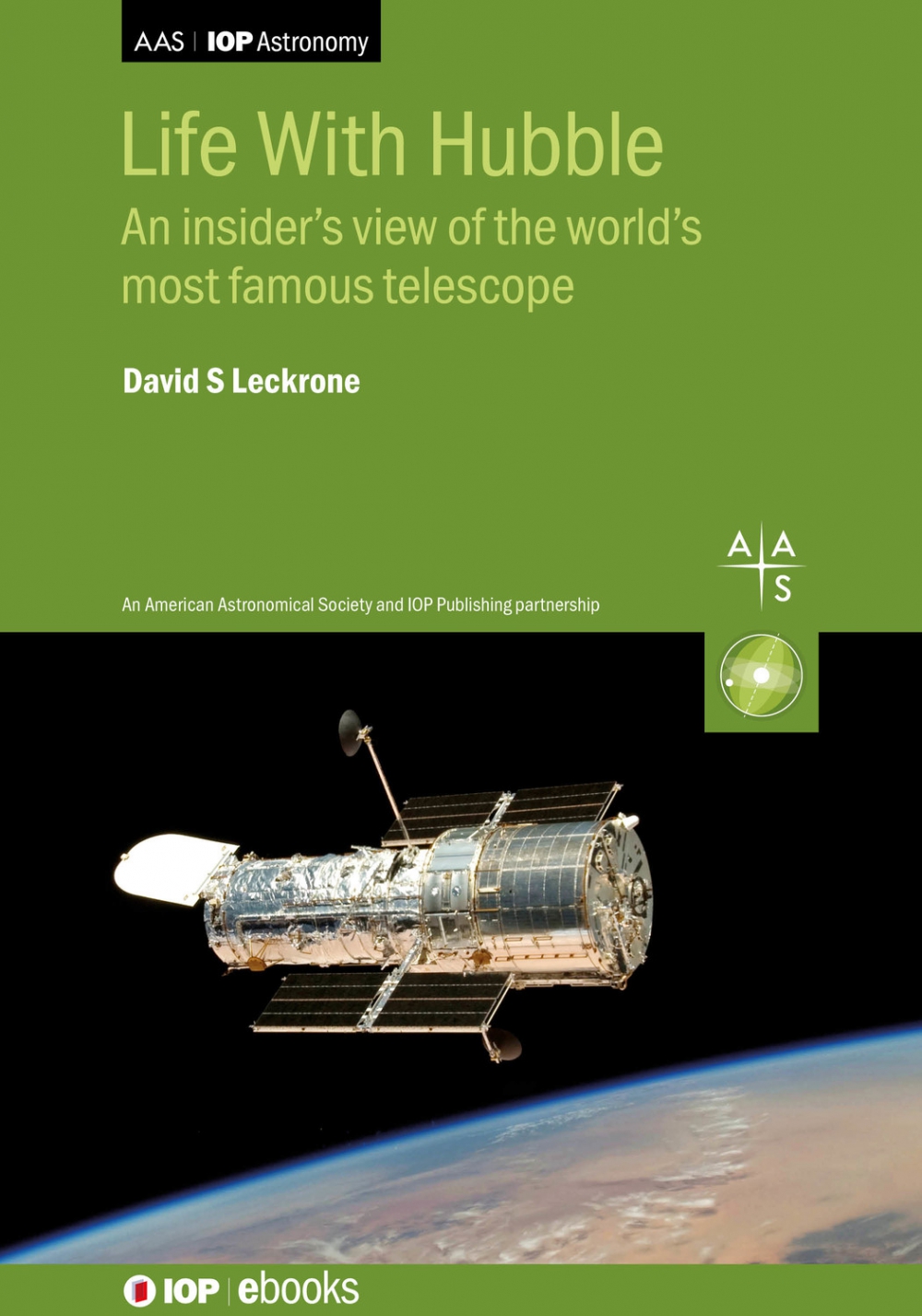 The Hubble Space Telescope is one of the most important scientific and engineering endeavors of our time. It has given humankind the first truly clear view of the heavens and has revolutionized almost every area of modern astronomy. The author of this text, David Leckrone, worked as a project scientist on Hubble for 33 years. From 1992–2009 he was the Senior Project Scientist for Hubble at NASA's Goddard Space Flight Center. In that role he had an insider's view of the trials and triumphs of the Hubble mission, including its extraordinary scientific discoveries and the personal journeys of the astronomers who made them, the adventure of five successful shuttle-based servicing missions, and the quiet heroism of the many scientists, engineers and managers who rose to the occasion when Hubble was in trouble. This book is loosely a personal memoir but can more accurately be called a "Hubble family memoir" for which Leckrone serves as narrator.

David Leckrone's detailed knowledge of the project, along with his warmth, friendliness, and absolute dedication to the cause shines through in what he has written. It is hard to imagine someone better able to tell the definitive story of the trials and tribulations of this 'most famous' and, dare I add, 'best loved' telescope.
I thought that I already knew this history, through my own journey with the mission and the extensive media coverage that has always followed it. However, Leckrone reveals details and insights that few others will have known and weaves it into a fascinating narrative that often surprises. Indeed, even though the problems and successes are public and very well known, the story told is often gripping and the uncertainty surrounding the outcomes at the time comes across very clearly. The effect is not just historical record, but part science history thriller. There should be a movie!

Leckrone's book will be the definitive record of the Hubble Space Telescope story. It is a triumph and a fitting celebration of the 30th anniversary of Hubble's launch.