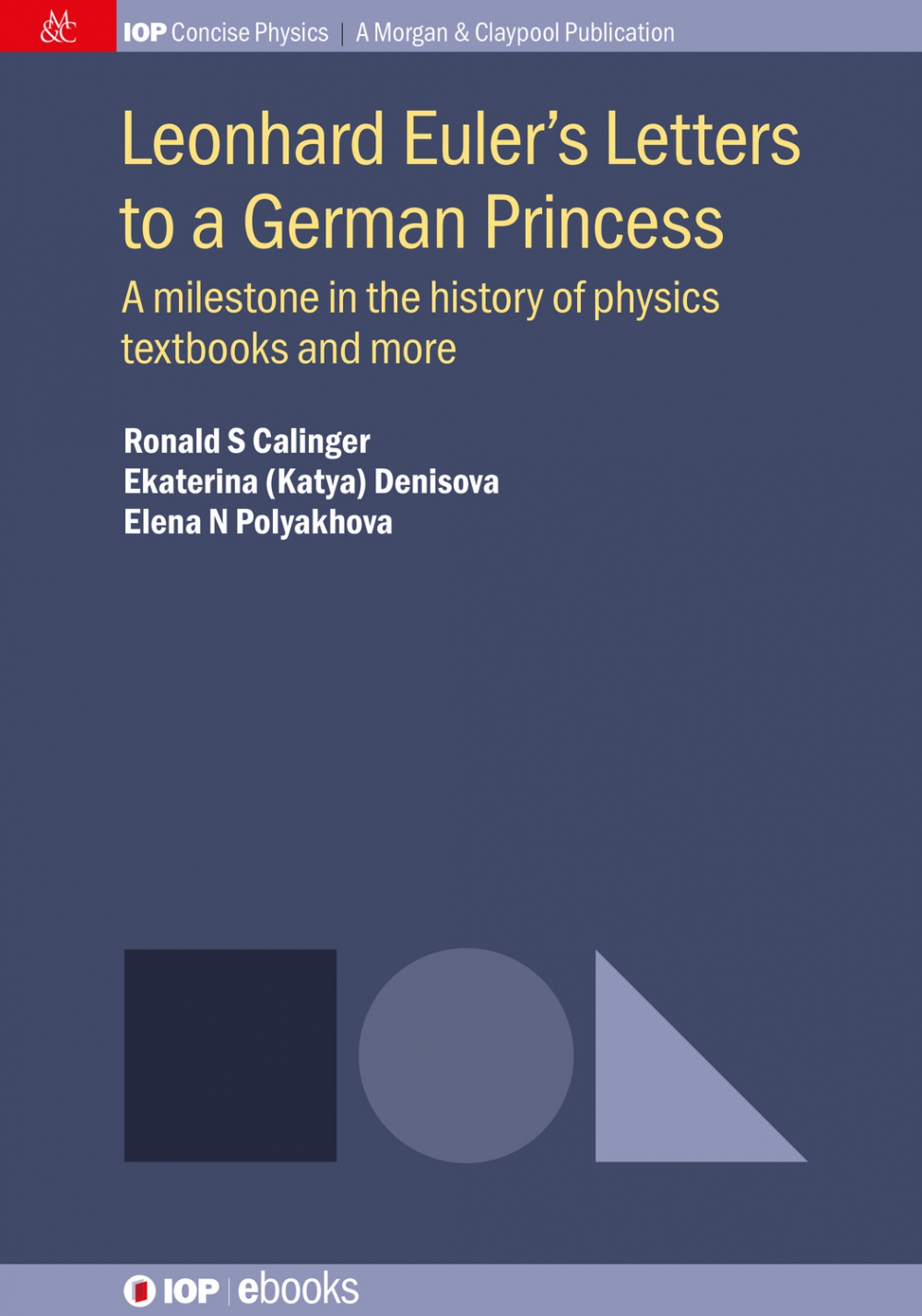 Leonhard Euler's Letters to a German Princess: A milestone in the history of physics textbooks and more examines the life and work of Euler and his legacy as the foremost mathematician, theoretical physicist and theoretical astronomer during the 18th-century Enlightenment. It also analyzes the leading textbooks used in physics education in the latter 17th and early 18th centuries in Europe and British America. The text investigates the search to identify two German princesses taking physics lessons by mail from Euler. Over two years, from 1760 to 1762, Euler wrote 234 letters to the princesses on different topics including astronomy, music, optics, magnetism, electricity, motion and navigation, with less on theology and philosophy, especially logic. The first two volumes of the letters were published in French in 1768 by the Russian Academy of Sciences. Its third volume appeared there in 1772. Today, 250 years later, we study this work of Euler's as a foundation for the history of physics teaching, and analyze the letters from a historical and pedagogical point of view. This book includes selected full and abbreviated letters and a summary of the physics content.

Elena N Polyakhova graduated from the Mathematics and Mechanics Department (Astronomy Division) of the Leningrad University in 1957 and has been teaching celestial mechanics at the St Petersburg University Astronomy Department since then.

Introduction: Overview of the Letters
Prologue: Physics Pedagogy
Chapter 1: Physics Textbooks before 1650, Principal Natural Philosophies and Physics Textbooks of the Enlightenment
Chapter 2: The Two Princesses and the Letters
Chapter 3: Euler: Life, Research, Teaching, and Impact
Chapter 4: Euler's Letters to a German Princess: Volume 1 (30 – 35 pp.)
Letter 3 Of Sound and its Velocity
Letter 5 Of Unison and Octaves
Letter 15 Changes produced in the Atmosphere by Heat and Cold
Letter 17 Of Light, and the Systems of Descartes and Newton
Letter 20 Of the Propagation of Light
Letter 28 Nature of Colors in Particular
Letter 31 Refraction of Rays of different Colors
Letter 43 Farther Continuation. Difference between the Eye of an Animal, and the artificial Eye, or camera obscura
Letter 45 Of Gravity, Considered a general Property of Body
Letter 51 Gravity of the Moon
Letter 52 Discovery of Universal Gravitation by Newton
Letter 53 Continuation. Of the Mutual Attraction of the Heavenly Bodies
Letter 64 Explanation of the Flux and Reflux, from the Attractive Power of the Moon
Chapter 5: Euler's Letters to a German Princess: Volume 2 and Volume 3 (15 – 20 pp.)
76 System of Monads of Wolff
125 Of Monads
83 Examination of the System of pre-established Harmony. An objection to it.
85 Of the Liberty of spirits; and a Reply to Objection against Liberty
91 The Liberty of intelligent Beings in Harmony with the Doctrines of the Christian Religion
97 Refutation of the Idealists
114 Of true Happiness. Conversion of Sinners.
115 The true Foundation of Human Knowledge. Sources of Truth, and Classes of Information derived from it.
Letter 160 Method of Determining the Latitude, or the Elevation of the Pole
Letter 167 The Motion of Moon a fifth Method
Letter 168 Advantages of this Last Method: its Degree of Precision
Letter 139 The True Principle of Nature on which are founded all the Phenomena of Electricity (from Volume 2)
Letter 176 True Magnetic Direction; subtle Matter which produces the Magnetic Power
Letter 177 Nature of Magnetic Matter, and its rapid Current. Magnetic Canals