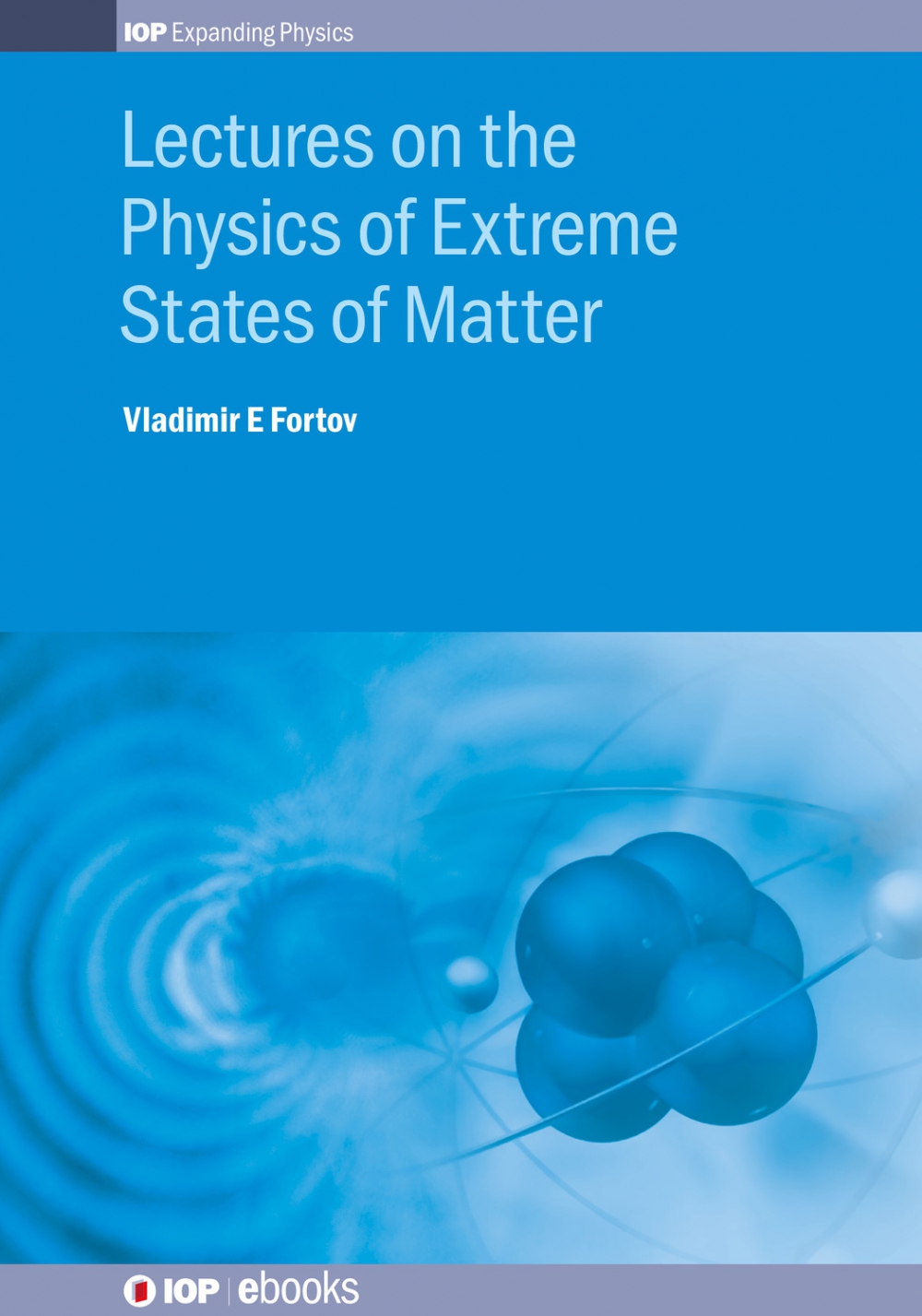 We are familiar with the basic states of matter – solid, liquid, gas and plasma – but under extreme conditions, such as high temperature and pressure, a material can form exotic phases with unique characteristics. Extreme states are found in phenomena such as nuclear explosions, exploding stars and the insides of planets, and conditions can be recreated using high pressure diamond anvils, intense laser radiation, explosive systems and colliders.

Presented as a series of lectures and useful to a wide circle of students and young scientists, this book provides an introduction to the theoretical methods, experimental setups, facilities and results in this exciting area of research, allowing readers to get acquainted with fascinating problems in the modern physics of extreme states of matter.

Vladimir Fortov is a renowned physicist, a former president of the Russian Academy of Sciences, a former minister of science and technology and the Russian deputy prime minister. He is currently a professor and a head of department at the Moscow Institute of Physics and Technology. He has received many awards including the A P Karpinsky International Scientific Award in Physics and Chemistry, the P Bridgeman Prize for Achievements in High Pressure Physics and the Max-Plank award in physics for pioneering investigations of strongly coupled plasmas.