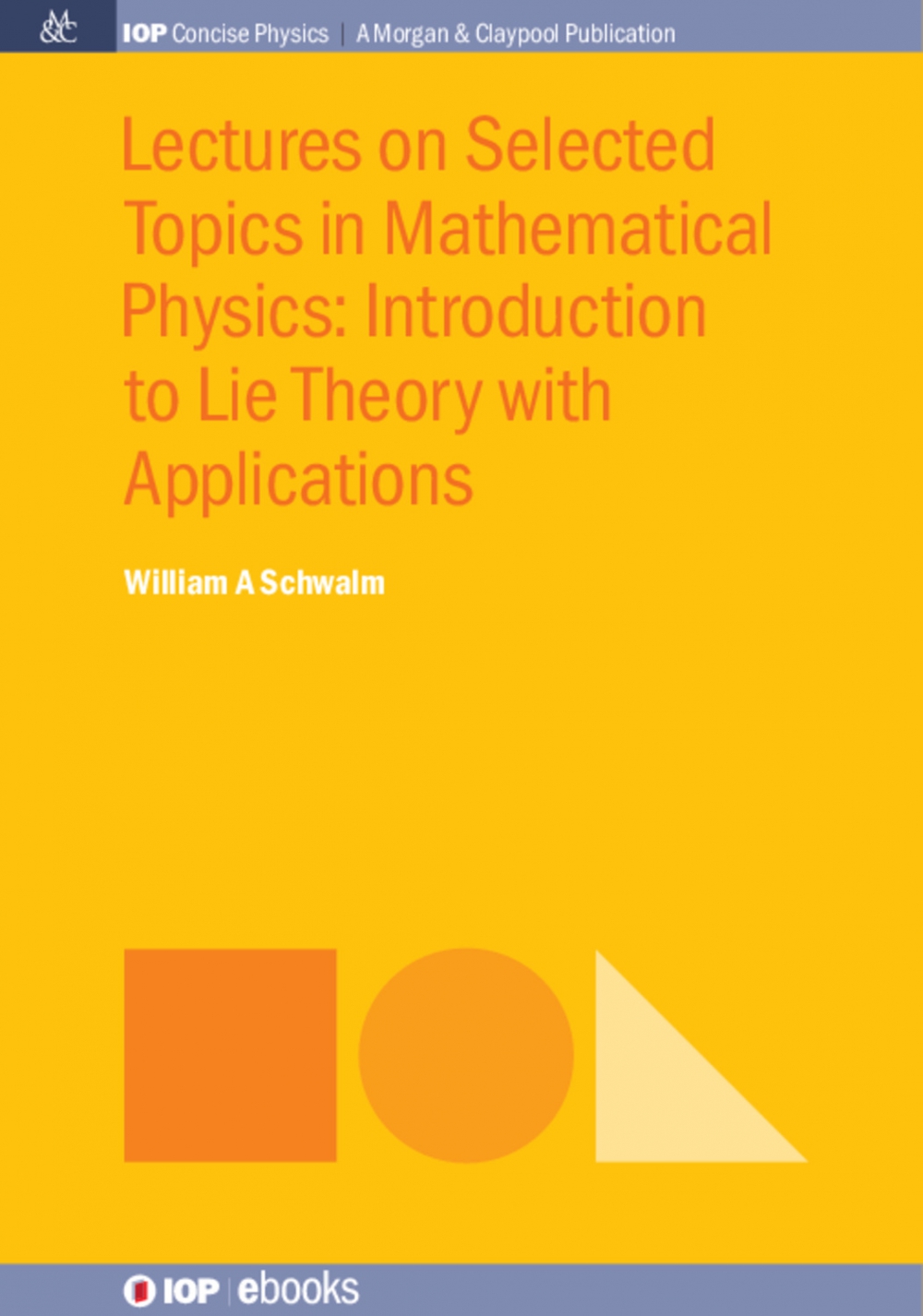 This book provides an introduction to Lie theory for first-year graduate students and professional physicists who may not have come across the theory in their studies. In particular, it is a summary overview of the theory of finite groups, a brief description of a manifold, and then an informal development of the theory of one-parameter Lie groups, especially as they apply to ordinary differential equations. The treatment is informal, but systematic and reasonably self-contained, as it assumes a familiarity with basic physics and applied calculus, but it does not assume additional mathematical training. Interested readers should have a fair chance of finding symmetries of a second-order differential equation and should be able to use it to reduce the order of the differential equation.

2.2 Lie groups as groups of transformations or substitutions

2.7 Changing variables in the generator

2.8 Invariant functions, invariant curves, and groups that permute curves in a family

2.9 Canonical coordinates for a one-parameter group

3.1 Prolongation of the group generator and a symmetry criterion
3.2 Reformulation of symmetry in terms of partial differential operators
3.3 Note on evaluating commutators
3.4 Tabulating DEs according to groups they admit
3.5 Lie's integrating factor
3.6 Finding symmetries of a second order DE
3.7 Classical mechanics: Nöther's theorem