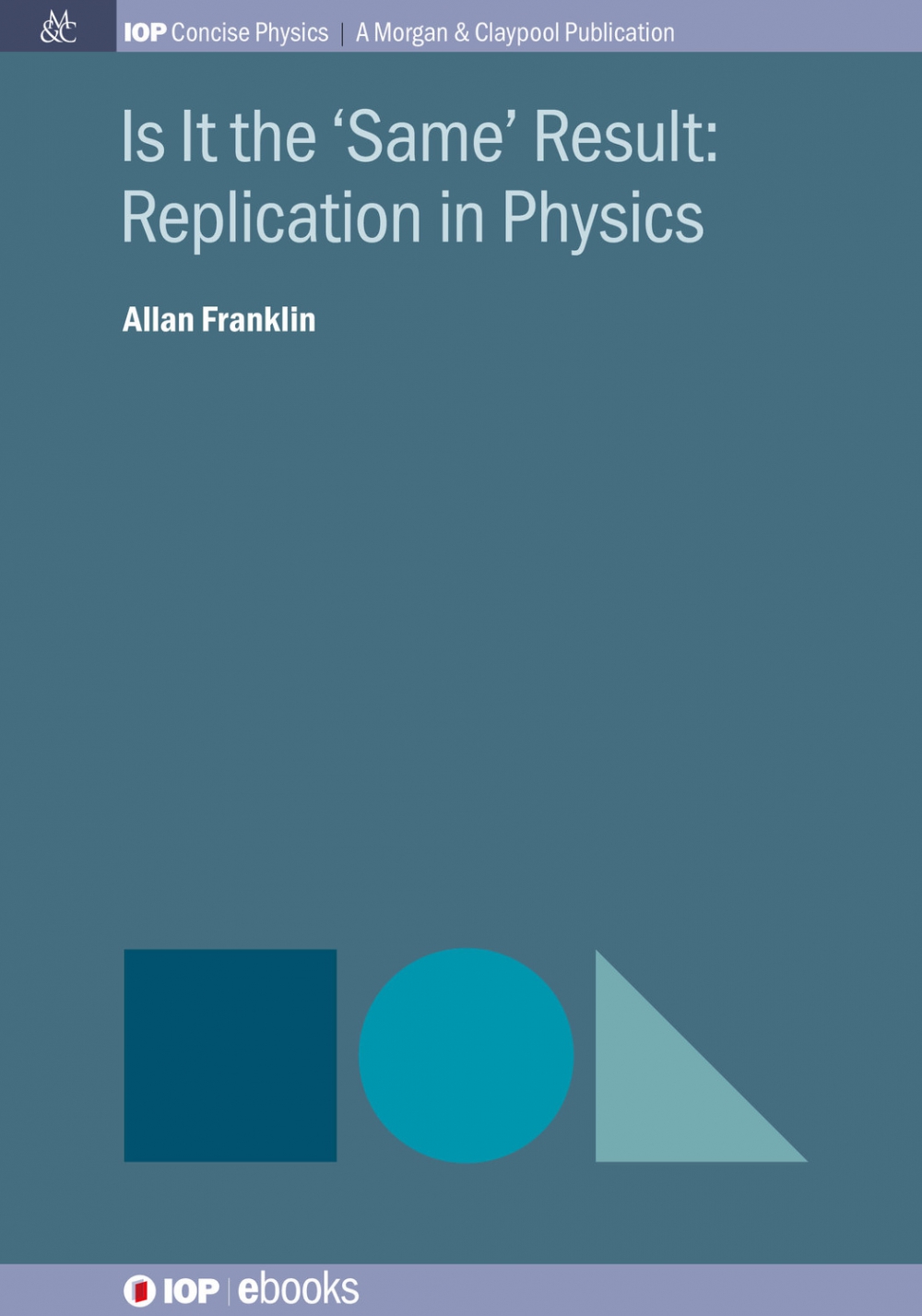 Replication, the independent confirmation of experimental results and conclusions, is regarded as the "gold standard" in science. This book examines the question of successful or failed replications and demonstrates that answering that question is not always easy. It presents clear examples of successful replications – the discoveries of the Higgs boson and of gravity waves – and failed replications, including early experiments on the fifth force, a proposed modification of Newton's Law of universal gravitation and the measurements of "G", the constant in that law. Other case studies illustrate some of the difficulties and complexities in deciding whether a replication is successful or failed. The text also discusses how that question has been answered. These studies include the "discovery" of the pentaquark in the early 2000s and the continuing search for neutrinoless double beta decay and it argues that although successful replication is the goal of scientific experimentation, it is not always easily achieved.

Allan Franklin is an emeritus professor of physics at the University of Colorado. His current research area is the history and philosophy of science, particularly on the roles of experiment. In 2016, Franklin received the Abraham Pais Prize for History of Physics from the American Physical Society. He is the author of 11 books including, most recently, Shifting Standards: Experiments in Particle Physics in the Twentieth Century and What Makes a Good Experiment?: Reasons and Roles in Science.

Contents
1 Introduction
I   Successful Replications
2   The Discovery of the Higgs Boson
3 The Discovery of Gravity Waves
3.1 The Binary Pulsar
3.2 The Binary Black Hole Merger
4 The Scattering of Antineutrons by Protons
II Failed Replications
5 Is There a Fifth Force?
5.1 Thieberger's Experiment
5.2 The Eӧt-Wash Experiment
5.3 Discussion
5.4 A Bayesian Interlude
6 Is There a Universal Gravitational Constant?
6.1 Measurements of G
6.2 A Curious Correlation?
III. Problems, Large and Small
7 Physical Constants and the Properties of Elementary Particles
8 Millikan's Measurements of the Charge of the Electron
8.1 The 1911 Experiment
8.2 The 1913 Experiment
9 Are There Low-Mass Electron-Positron States?
9.1 Positron Lines
9.2 Electron-Positron States
10 The Pentaquark
10.1 The Experimental Results
10.2 Discussion
11 Whose Neutrino Is It, Majorana's or Dirac's?
11.1 The Problem
11.2 The Early Experiments
11.3 The Second Generation Experiments
11.4 Discussion
12 Conclusion