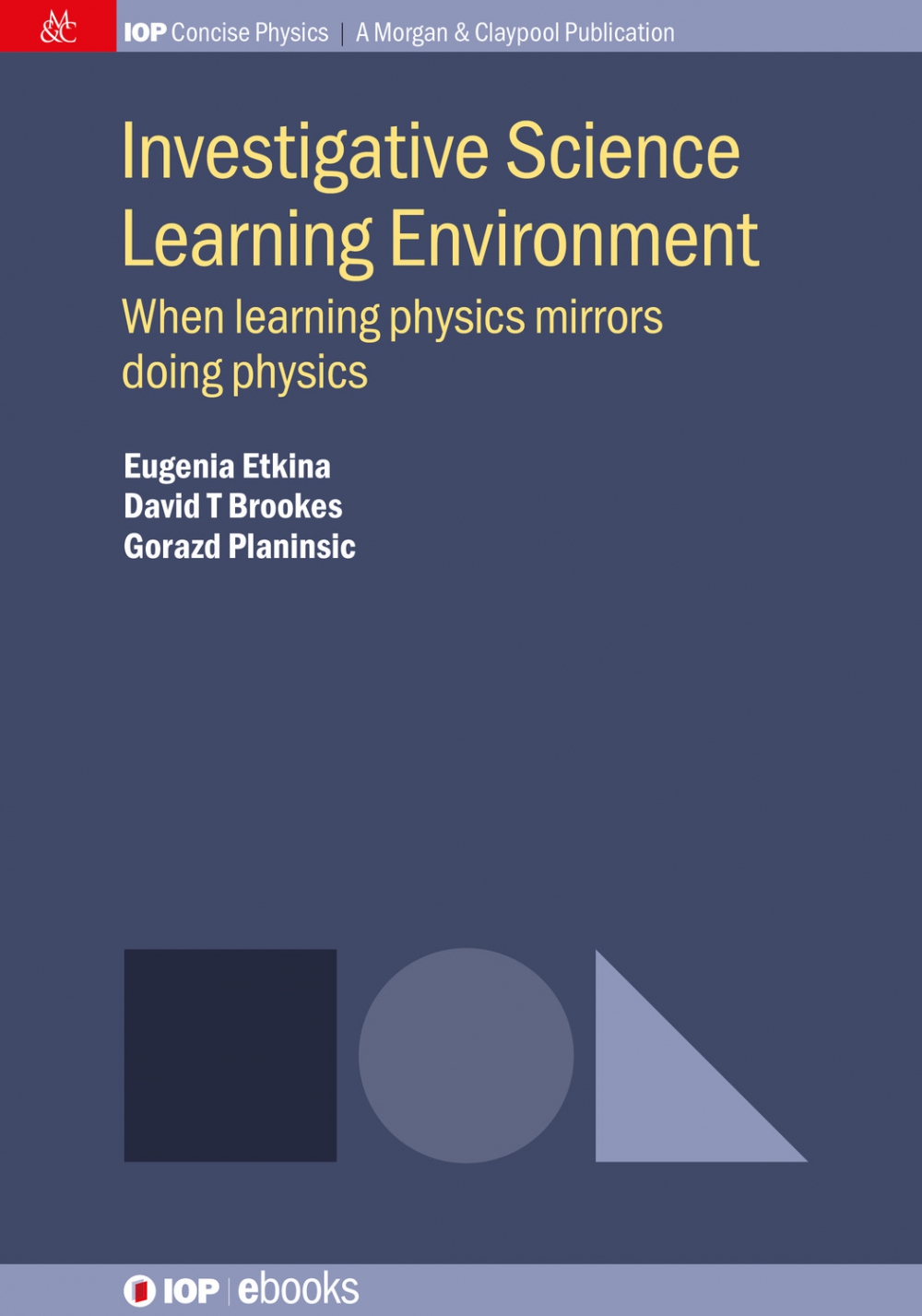 The goal of this book is to introduce readers to a new philosophy of teaching and learning physics: Investigative Science Learning Environment, or ISLE (pronounced the same way as a small island). ISLE is an example of an intentional approach to curriculum design and learning activities. Intentionality means that the process through which the learning occurs is as crucial for learning as the final outcome or learned content. In ISLE, the learning process mirrors the practice of physics. This mirroring involves the process of the development of new ideas that are based on systematic patterns of experimentation and reasoning similar to that of physicists, and the collaborative nature of science and its continuous opportunities to improve one's work.

Eugenia Etkina is a distinguished professor at Rutgers, the State University of New Jersey. She holds a PhD in physics education from Moscow State Pedagogical University and has more than 35 years of experience teaching physics. She designed and now coordinates one of the largest programs in physics teacher preparation in the United States, conducts professional development for high school and university physics instructors, and participates in reforms to the undergraduate physics courses. In 1993 Etkina developed a system in which students learn physics using processes that mirror scientific practice, Investigative Science Learning Environment (ISLE), which is described in this book. She is the lead author of the textbook College Physics: Explore and Apply and the Active Learning Guide, and she has conducted more than 130 workshops for physics instructors as well as published more than 100 peer-refereed articles.

David T Brookes is an associate professor of physics at California State University, Chico. He has more than 20 years of experience teaching physics at college level as a graduate student teaching assistant and as a professor. As a teacher, Brookes continuously experiments with implementing ISLE in a studio-like setting, reading extensively in educational research and thinking about how to implement those research findings in a practical way in the classroom.

Gorazd Planinsic is a professor of physics at the University of Ljubljana, Slovenia. He has a PhD in physics from the University of Ljubljana and is a is co-author of more than 80 peer-reviewed research articles, as well as more than 20 popular science articles. He also co-wrote College Physics: Explore and Apply and the Active Learning Guide. He is a recipient of the GIREP medal for his contributions in physics education and he is a Fellow of the Institute of Physics.

CHAPTER VII. Summary and tips for those who wish to implement ISLE