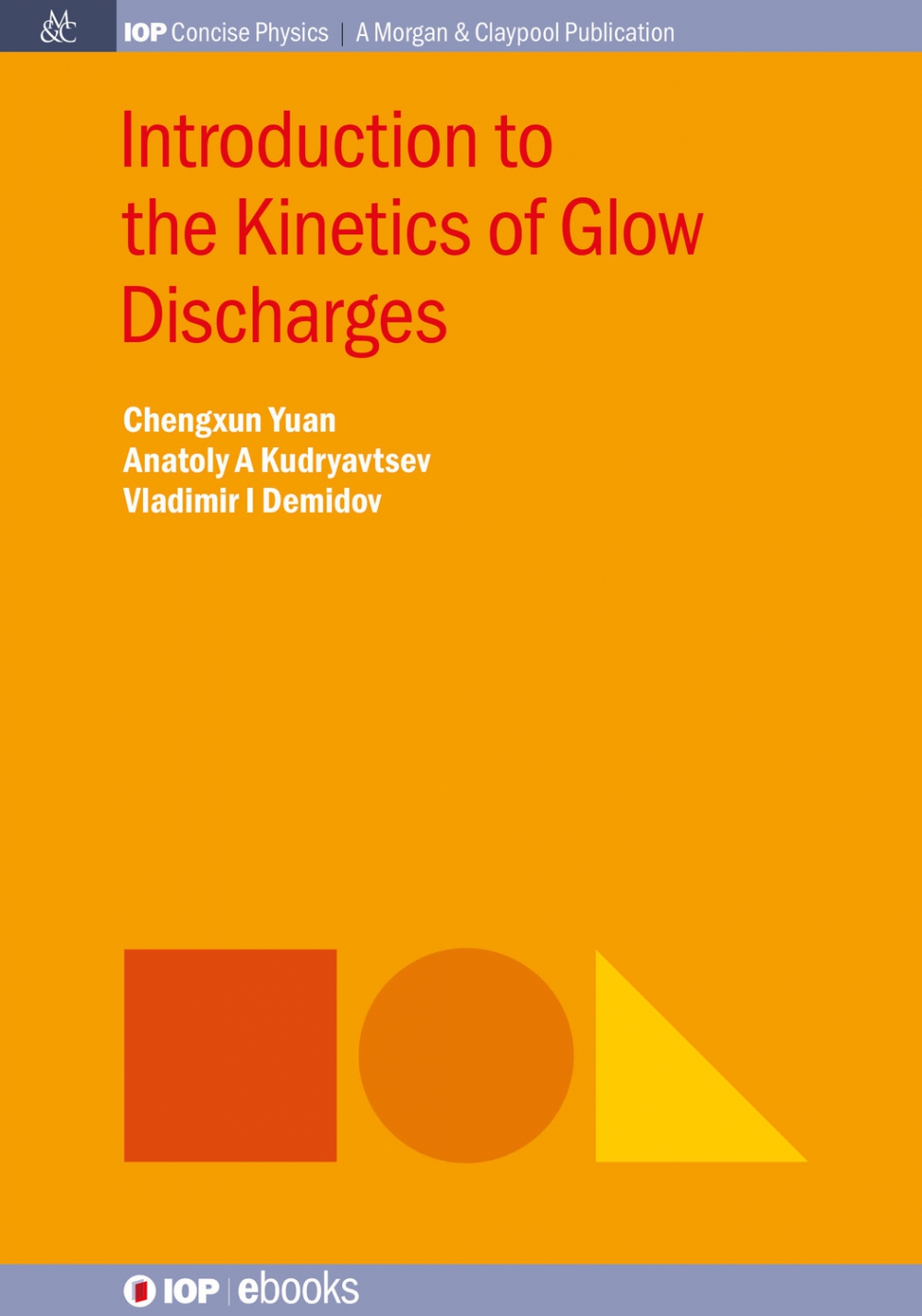 Electric glow discharges (glows) can be found almost everywhere, from atmospheric electricity to modern plasma technologies, and have long been the object of research. Most books on this subject mainly describe the fundamental foundations on the basis of a fluid (hydrodynamic) approximation. In that approach the electron distribution function (EDF) depends on the local plasma parameters at a given point of space in a given time. However, under conditions of a gas-discharge plasma the EDF is usually strongly non-equilibrium and the fluid approximation cannot describe some important phenomena and processes.

The appropriate approach for describing such highly non-equilibrium systems and phenomena is physical kinetics. Work in this area has progressed rapidly and a consistent kinetic description of the simplest glow discharges has become possible. This book provides simple illustrations of the basic physical mechanisms and principles that determine the properties of these categories of discharges so the reader can successfully participate in scientific and technical progress.

Chengxun Yuan received his PhD in physics from Harbin Institute of Technology in 2011. Now he is the associate professor of the department of physics at Harbin Institute of Technology, Harbin, China. His research interests include basic plasma physics, dusty plasma physics and the interaction of electromagnetic radiation with plasma. He has more than 80 publications in plasma field.

Anatoly A Kudryavtsev received the MS and PhD in physics from the Leningrad State University in 1976 and 1983, respectively. Since 1982, he has been with St Petersburg State University, where he is now an associate professor at the optics department, and the chair professor of the department of physics at Harbin Institute of Technology. He is an expert in the gas discharge physics and kinetic theory of plasma physics, and the author of over 150 journal articles and numerous conference presentations.

Vladimir Demidov received his PhD from Leningrad State University (now St Petersburg State University) in 1981. He has been with West Virginia University (Morgantown, WV, USA) since 2003. Now he is a research professor at the department of physics and adjunct professor at the department of mathematics. His primary interests are basic plasma physics, plasma diagnostics, and atomic and molecular physics. He has more than 150 publications and is the author of a monograph on probe methods of plasma diagnostics.

Introduction
References
1 Ionization in the electric field
References
2 Microwave breakdown
2.1 Microwave breakdown due to diffusion
2.2 Microwave breakdown in the presence of a low dc field
References
3 Breakdown in a uniform dc field
3.1 The secondary cathode emission
3.2 The Townsend condition
3.3 The ignition potential
3.4 Cathode boundary conditions
3.5 The time evolution of the breakdown
3.6 Limitations of the avalanche breakdown mechanism
References
4 The general structure of a discharge
4.1 The current-voltage characteristic
4.2 Basic characteristics and spatial structure of the glow
References
5 The Townsend and subnormal modes
5.1 The current-voltage characteristic
5.2 Townsend discharge instability
References
6 The 'short' glow discharge
6.1 The fluid model of the cathode region
6.2 A model of discharge with nonlocal ionization
6.2.1 Basic concepts of the model
6.2.2 Main results from the model
6.2.3 The second field reversal
6.3 Influence of side walls on plasma properties
6.4 Active control of plasma properties
6.5 Is negative glow plasma negatively charged?
6.6 The anode region
References
7 Positive column of dc glow
7.1 Main properties of dc glow positive column
7.2 Positive column in atomic gases
7.3 The Langmuir paradox
7.4 PC in electronegative gases
References