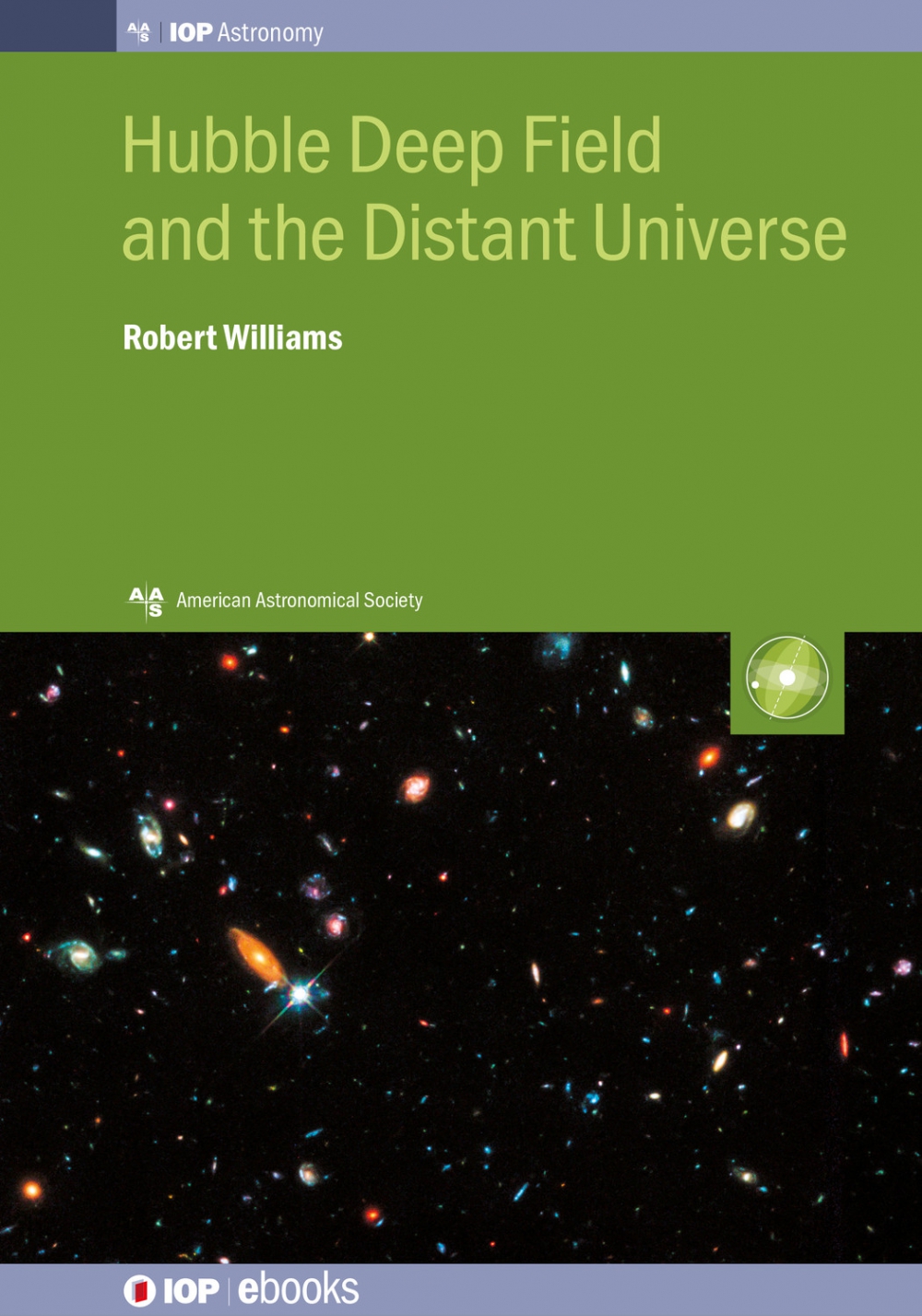 Hubble Deep Field and the Distant Universe describes this watershed event in the history of astronomy. Aimed at an audience including amateur astronomers, science historians, researchers, Hubble Space Telescope (HST) aficionados and students interested in science, this book recounts the development of space astronomy and the progression of decisions and events that led to the distant universe exploration of Robert Williams and the Hubble Deep Field team. It gives a fascinating insight into the processes by which astronomical research projects are carried out and the unique discoveries that are made by HST, and it describes the momentous image that has enabled astronomers to piece together the evolution of the largest structures in the universe.

Astronomer Robert Williams was Director of the Space Telescope Science Institute from 1993–1998. He initiated and led the Hubble Deep Field project and in 1998 he was awarded the Beatrice Tinsley Prize of the American Astronomical Society for his leadership of that. Williams also received the NASA Distinguished Public Service Medal in 1999 and the Karl Schwarzschild Medal for Career Achievement in Astrophysics from the German Astronomische Gesellschaft. A former President of the International Astronomical Union, he is a prominent figure in modern astronomy.

Chapter 6 – Prelude to the Deep Field

Chapter 7 – The HDF: Shot in the Dark

Chapter 9 – Acquiring and Releasing the Data

This one's a real page-turner! Even though you know how the story turns out, with the Hubble Deep Field an enormous success in finding and characterizing
galaxies with redshifts 0·6 to 0·9 and larger.