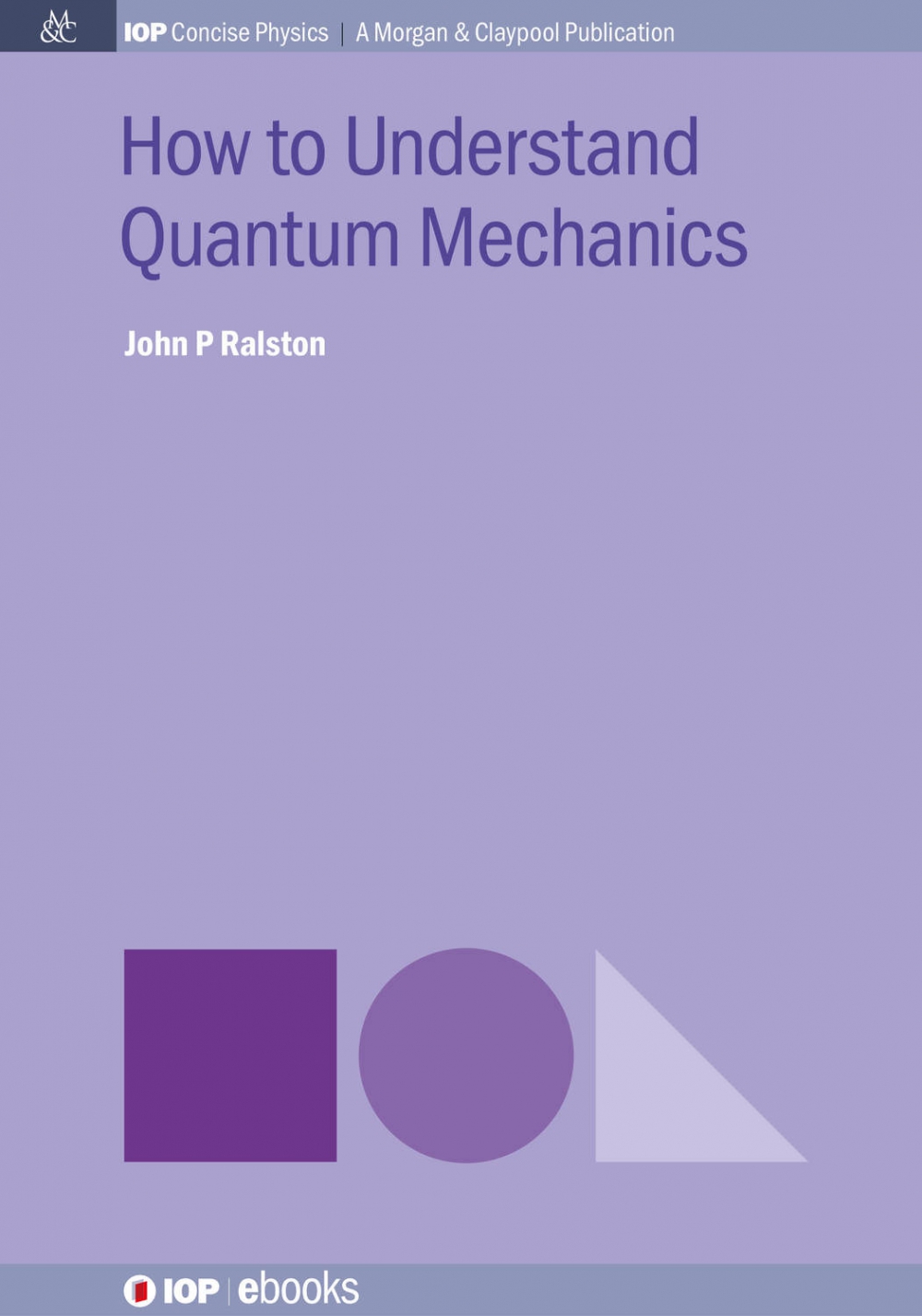 How to Understand Quantum Mechanics presents an accessible introduction to understanding quantum mechanics in a natural and intuitive way, which was advocated by Erwin Schrödinger and Albert Einstein. A theoretical physicist reveals dozens of easy tricks that avoid long calculations, makes complicated things simple, and bypasses the worthless anguish of famous scientists who died in angst. The author's approach is light-hearted, and the book is written to be read without equations, however all relevant equations still appear with explanations as to what they mean. The book entertainingly rejects quantum disinformation, the MKS unit system (obsolete), pompous non-explanations, pompous people, the hoax of the "uncertainty principle" (it's just a math relation), and the accumulated junk-DNA that got into the quantum operating system by misreporting it.

The order of presentation is new and also unique by warning about traps to be avoided, while separating topics such as quantum probability to let the Schrödinger equation be appreciated in the simplest way on its own terms. This is also the ﬁrst book on quantum theory that is not based on arbitrary and confusing axioms or foundation principles. The author is so unprincipled he shows where obsolete principles duplicated basic math facts, became redundant, and sometimes were just pawns in academic turf wars. The book has many original topics not found elsewhere, and completely researched references to original historical sources and anecdotes concerting the unrecognized scientists who actually did discover things, did not all get Nobel prizes, and yet had interesting productive lives.