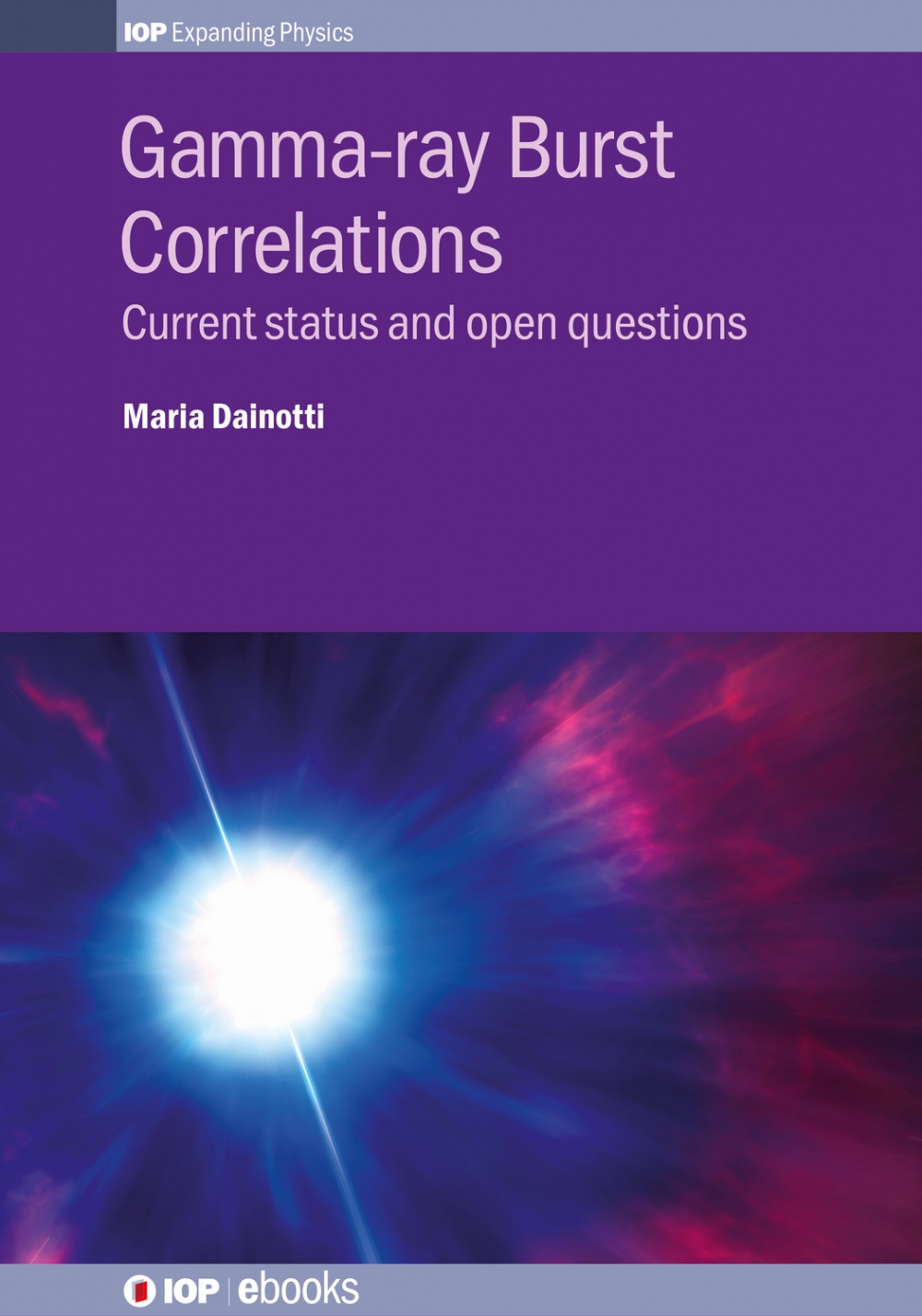 Gamma-ray bursts (GRBs) release the same amount of energy in a mere matter of seconds as the sun does in its lifetime. Gamma-ray Burst Correlations presents an overview of the observational correlations, their physical interpretations, their use as redshift estimators, and their potential use as cosmological tools. The author describes the existing correlations as well as broaching the possible meaning and controversy behind the results, and the applicability of several GRB correlations as model discriminators and cosmological indicators. A description of selection bias and the attempts made so far in order to use them as standard candles can help scientists to find the key to solve this puzzling problem. Covering an ever-expanding topic, this book will reach a wide audience, including students and researchers within the astronomical community.

Maria Dainotti received her PhD in relativistic astrophysics from the Sapienza University of Rome. She has since focussed her research on high-energy astrophysics, gamma-ray bursts (GRBs) and related astrophysical phenomena. Her research has led her to discover several important GRB relations and how to use GRBs as valuable cosmological tools. She currently works at Stanford University supported by an American Astronomical Society Chrétien International Grant, and is concurrently serving as an assistant professor at Jagiellonian University.

Chapter 5 - Redshift Estimator and Cosmology with the Prompt Relations

Chapter 8 - Selection Eﬀects in the afterglow and prompt-afterglow correlations