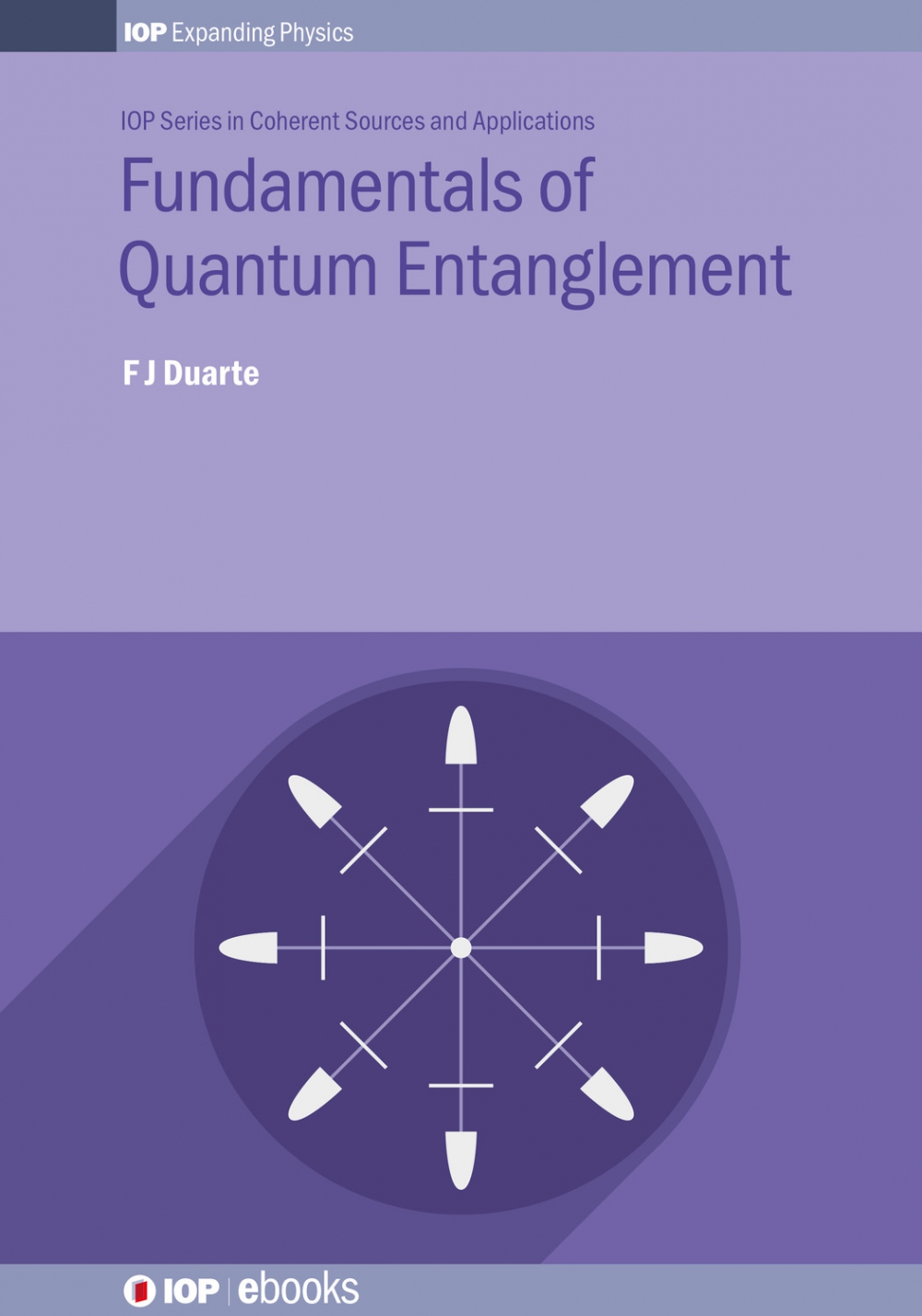 Quantum entanglement (QE) is one of the most mysterious and promising subjects in physics. With applications in cryptographic space-to-space, space-to-earth and fibre communications, in addition to teleportation and quantum computing, QE goes beyond fascination and into the pragmatic spheres of commerce and the military.

In this monograph the philosophical and physical routes to QE are explained in a methodical and detailed approach. Furthermore, the interferometric approach to the derivation of QE probability amplitudes for a pair and multiple-pairs of quanta is exposed step by step. Written by F J Duarte, an expert in the field of quantum optics, the text provides the first side-by-side description of the philosophical path and the physical path to quantum entanglement, and does so in a clear and cohesive manner. This is also the first book to describe and explain, in a transparent exposition, the interferometric derivation of the ubiquitous probability amplitude for quantum entanglement.

F J Duarte is an award-winning laser physicist who is a Fellow of the Australian Institute of Physics, and the Optical Society. As an expert in the field of narrow-linewidth tuneable lasers and their applications, Duarte has a vast knowledge and research experience in coherent imaging, high-power tuneable lasers, interferometric microscopy, laser metrology, laser oscillator physics, quantum interference, and numerous other related fields. He is currently exploring the physics of organic semiconductor coherent sources and quantum space-to-space communications, which are rapidly developing fields with exciting horizons.

6. The probability amplitude for quantum entanglement

9. The Bohm and Aharonov paper

17.  The interferometric derivation of the quantum entanglement probability amplitude for n N 2

19.  The interferometric derivation of the quantum entanglement probability amplitudes for n N 3, 6

20.  What happens with the entanglement at n and N 2

29. On the interpretation of quantum     mechanics

IV. Interferometers and their probability amplitudes

A cool book on a cool topic, Fundamentals of Quantum Entanglement manages to package a complex topic in a series of easier-to-swallow chapters. Of course, there are equations not for the faint of heart and there are the usual challenges of understanding quantum phenomena (with even more daunting math in the appendixes), but the author makes it all fun to read.
This is a mathematically annotated history of science, illustrated with diagrams and backed up by extensive lists of references in each chapter. It is surprising how much the compact size of the chapters helps to give the reader a feeling of swift progress as each chapter is digested. The topics themselves are irresistible for the interested audience: teleportation (not of objects, but of quantum states), quantum communications and, of course, quantum computing—just a brief introduction without prime factoring algorithms.
For readability and for excellent references, as well as for a tiny index, the book works well for anybody interested in the topic, but it lacks the problems that would make it suitable as a textbook.
Bogdan Hoanca 2020 Optics & Photonics News, The Optical Society