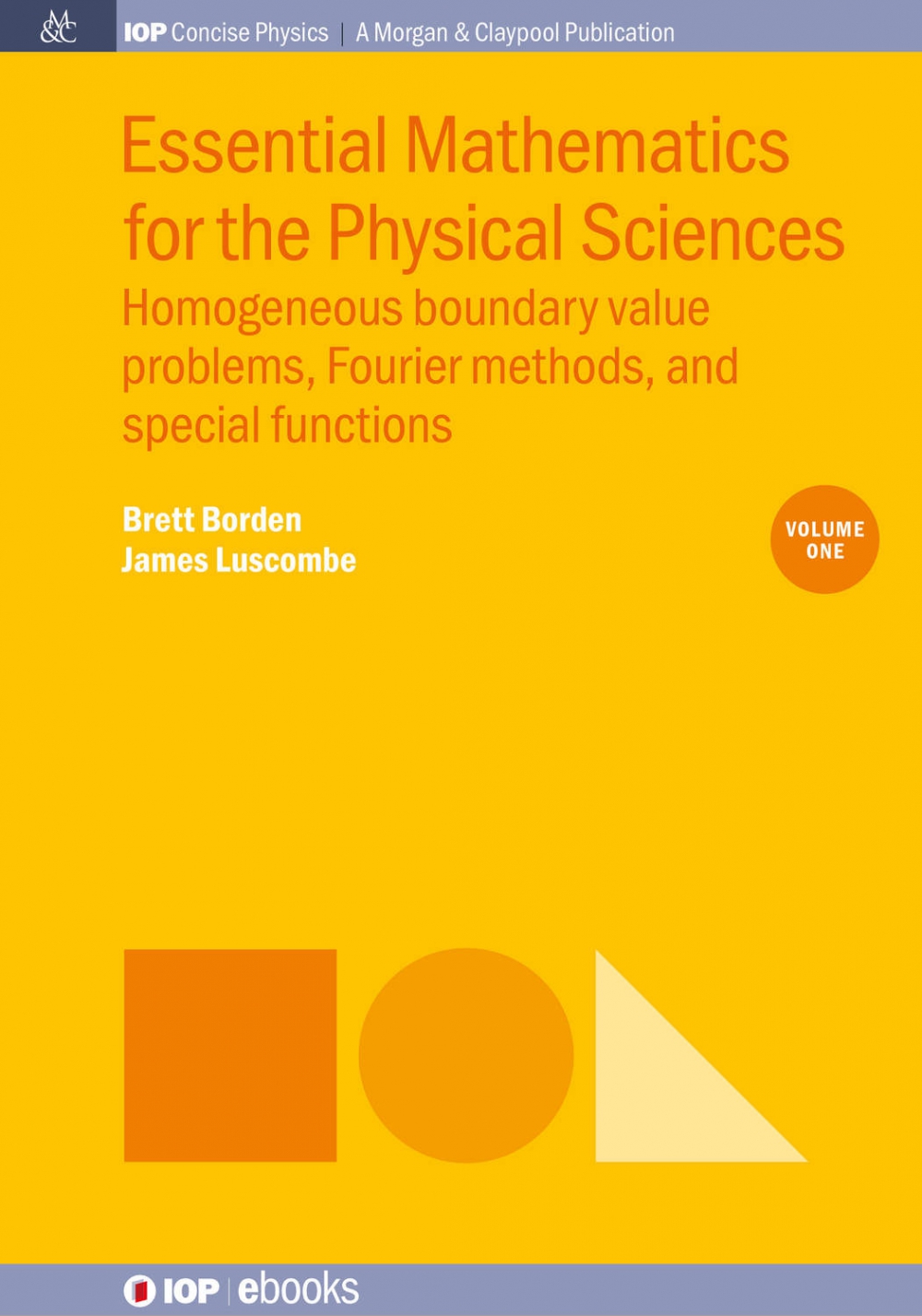 Physics is expressed in the language of mathematics; it is deeply ingrained in how physics is taught and how it's practiced. A study of the mathematics used in science is thus a sound intellectual investment for training as scientists and engineers. This first volume of two is centered on methods of solving partial differential equations (PDEs) and the special functions introduced. Solving PDEs can't be done, however, outside of the context in which they apply to physical systems. The solutions to PDEs must conform to boundary conditions, a set of additional constraints in space or time to be satisfied at the boundaries of the system, that small part of the universe under study. The first volume is devoted to homogeneous boundary-value problems (BVPs), homogeneous implying a system lacking a forcing function, or source function. The second volume takes up (in addition to other topics) inhomogeneous problems where, in addition to the intrinsic PDE governing a physical field, source functions are an essential part of the system.

This text is based on a course offered at the Naval Postgraduate School (NPS) and while produced for NPS needs, it will serve other universities well. It assumes that it follows a math review course, and was designed to coincide with the second quarter of student study, which is dominated by BVPs but also requires an understanding of special functions and Fourier analysis.

Brett Borden in a Professor of Physics at the Naval Postgraduate School in Monterey, California. Dr Borden joined the faculty of NPS in 2002, after 22 years as a Research Physicist at The Naval Weapons Center. His research has centered on inverse problems with particular concentration in radar-based imaging and remote sensing.

James Luscombe is a Professor of Physics at the Naval Postgraduate School in Monterey, California. He is active in theoretical condensed matter physics research. His current research interests are in the electronic and magnetic properties of nanoscale systems, quantum computing, and statistical physics for networked computers.