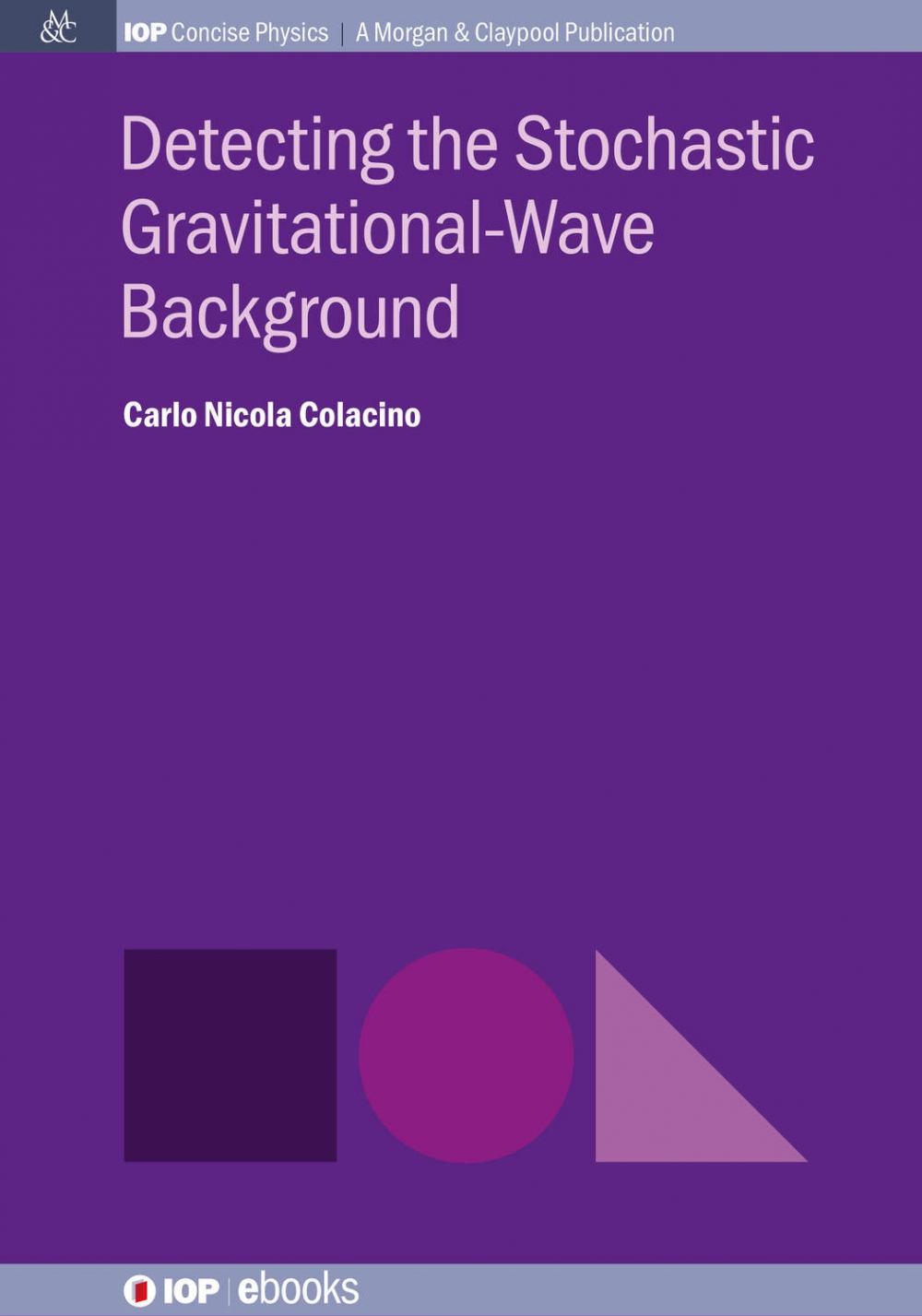 The stochastic gravitational-wave background (SGWB) is by far the most difficult source of gravitational radiation detect. At the same time, it is the most interesting and intriguing one. This book describes the initial detection of the SGWB and describes the underlying mathematics behind one of the most amazing discoveries of the 21st century. On the experimental side, it would mean that interferometric gravitational-wave detectors work even better that expected. On the observational side, such a detection could give us information about the very early universe – information that could not be obtained otherwise. Even negative results and improved upper bounds could put constraints on many cosmological and particle physics models.

Carlo Nicola Colacino currently holds a research position at INFN (Italian National Institute for Nuclear Physics). He received his PhD from the University of Cagliari in 2001 under the supervision of Massimo Bianchi. He has conducted research at the Max-Planck-Institut for Gravitational Physics, the University of Birmingham, and the Research Institute for Nuclear and Particle Physics in Hungary. His main interest lies in gravitational-wave physics, both by studying possible sources and by participating in the LIGO Scientific Collaboration's data analysis efforts.