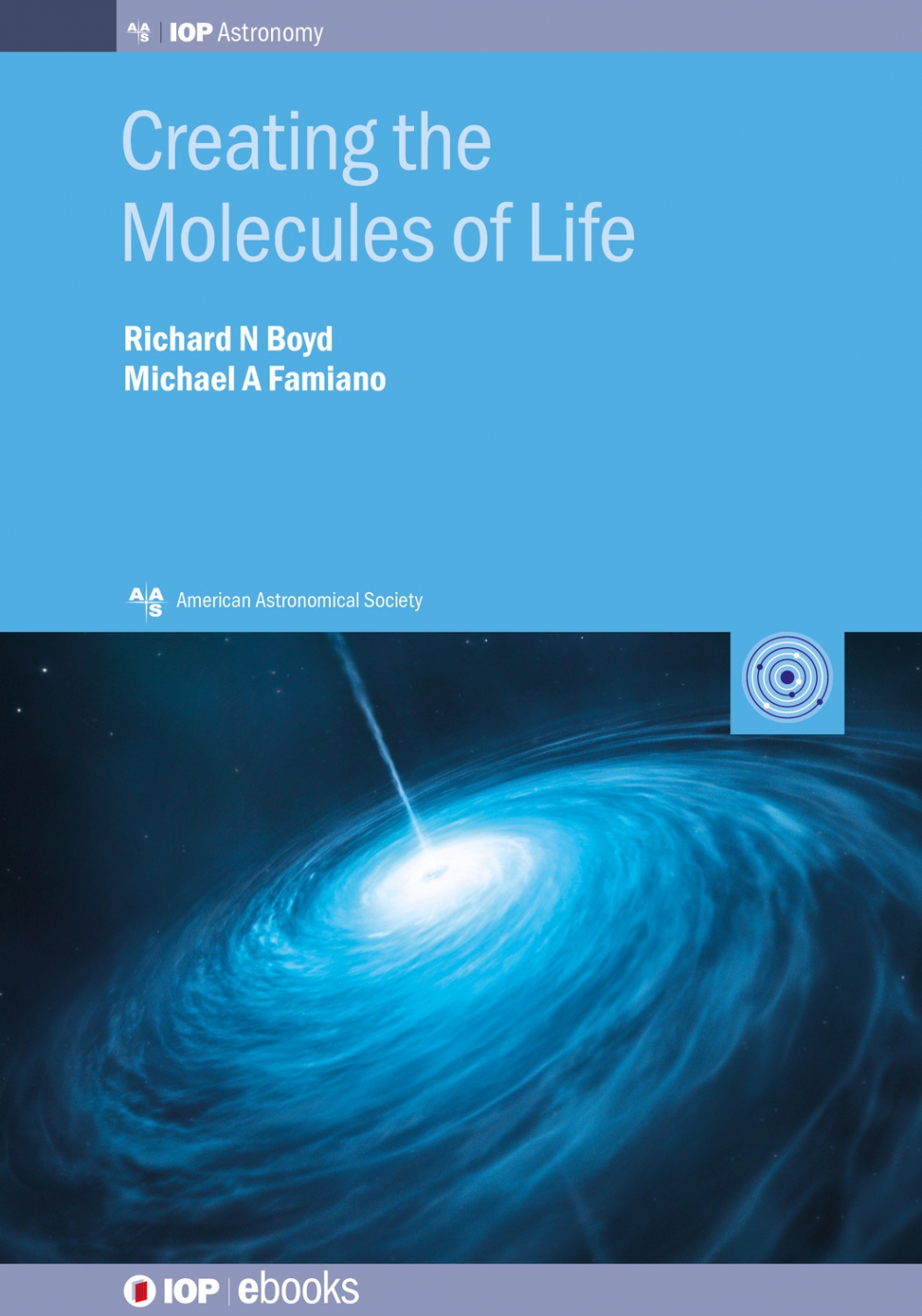 Creating the Molecules of Life discusses origins, including the Big Bang and the origin of the elements. With a complete presentation and explanation, this book provides evidence that the molecules of life are produced in outer space and how the SNAAP model purports to explain that origin. Extremophiles, which explain that evolution is robust enough to create life forms in a wide variety of conditions, are also presented. This book is suitable for those at the upper undergraduate level, with mathematics associated with coupling the nuclear spins to the molecular chirality. An accompanying appendix is provided to support mathematics.

Richard Boyd received his PhD from the University of Minnesota in nuclear physics. His interest in astrophysics has developed over the years and he is currently an emeritus professor at The Ohio State University where he also works in the astronomy department. Boyd has collaborated on more than 200 scientific publications with colleagues around the world.
Michael Famiano received his PhD in nuclear physics from The Ohio State University and is currently an associate professor of of nuclear astrophysics in the Department of Physics at Western Michigan University. Famiano's primary research interest is in stellar nucleosynthesis, which involves theoretical modeling of astrophysical sites and experimental measurements of nuclear properties.

Chapter 2: The Origin of the Lightest Elements

Chapter 3. Heavier Elements: The Chart of the Nuclides

Chapter 4. Creation and Detection of Molecules in the Interstellar Medium

Chapter 8. Getting the amino acids into the Interstellar Medium

Chapter 10. Amino Acid Chirality and the Origin of Life