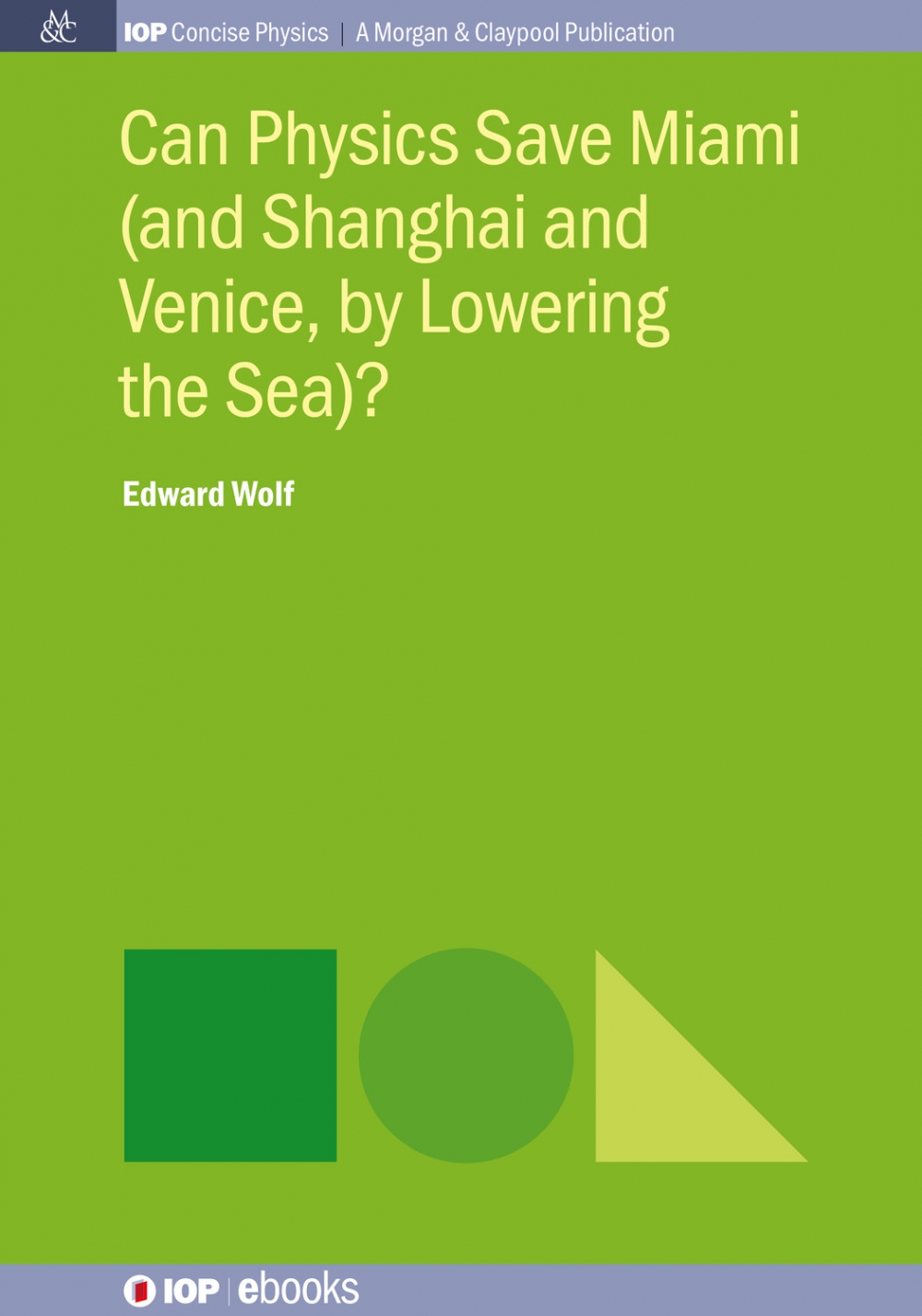 The sea is steadily rising, presently at ~3.4 per year, and it is already costing billions in Venice, on the Thames river and in New York City, to counter sea-level-related surges. Experts anticipate an accelerated rise, and credible predictions for sea-level rise by the year 2100 range from 12 inches to above six feet. Study of the Earth's geologic history, through ice-core samples, links sea-level rise to temperature rise. Since the lifetime of carbon dioxide in the atmosphere is measured in centuries, and it has upset the balance of incoming and outgoing energy, the Earth's temperature will continue to rise, even if carbon burning ceases. Engineering the Earth's solar input appears increasingly attractive and practical as a means to lower the Earth's temperature and, thus, to lower the sea level. The cost of engineering the climate appears small; comparable, even, to the already-incurred costs of sea-level rise represented by civil engineering projects in London, Venice and New York City. Feasible deployment of geoengineering, accompanied by some reduction in carbon burning, is predicted to lower the sea level by the order of one foot by 2100, which negates the expected rise and would provide an immense economic benefit. The accompanying lower global temperature would reduce the severity of extreme weather and restore habitability to lethally hot parts of the world.

1. The sea level threat exemplified by Miami and Venice
1.1 Introduction to the Anthropocene
1.2 The recent rise of sea level
1.3 The deployable 6 Billion dollar sea gates of Venice
1.4 The "Big U" water fence for New York
1.5 The River Thames Flood Barrier
1.6 Why Miami is more difficult.
1.7 Amplification of sea-level threat by tides, storm-surges and the high vapor pressure of warm water. 1.8 Quantifying damages and liabilities: Fractional Attributable Risk.
2. Carbon burning has "engineered" a new era of high temperature and high sea level
2.1 Radiation balance sets Earth temperature
2.1.1 Stefan-Boltzmann Law of radiation from hot matter
2.1.2 Earth Temperature
2.2 The Greenhouse gas discoveries of Tyndall and Arrhenius
2.2.1 Properties of Earth's atmosphere
2.2.2 Direct Observation of the Greenhouse effect
2.3 Carbon dioxide rose during the fossil fuel era from 280 ppm to 410 ppm
2.4 Temperature and sea level rises are accelerating, will there be a tipping point?
3. Instability of Earth climate and sea level
3.1 The ice core record of 420,000 years
3.2 Sea-level rise since the last glaciation
3.3 The "Hothouse Earth": an earlier era of high sea-level
3.3.1 The Euxinic Ocean
3.3.2 The Role of Volcanism
4. What was learned from Mt. Pinatubo eruption in 1991
4.1 Sulfur dioxide emission and stratospheric aerosol
4.2 Cooling of the Earth by Pinatubo eruption
4.3 Lowering sea level from Mt. Pinatubo in the altimeter record
4.4 Particulate matter in the contemporary atmosphere
5. Solar Engineering to cool the Earth
5.1 Size and type of artificial aerosol : A back–of-the-envelope estimate
5.2 Expected lifetime, cooling, and other aspects.
5.3 A more general look at light scattering particles
5.4 Model predictions of climate alterations
5.5 Methods of aerosol insertion
5.6 Cost estimates are low
6. Can sea level be lowered by cooling to save Miami?
6.1 Thermal expansion of sea water
6.2 Sea level predictions based on volcanic eruptions
6.3 Sea level predictions using geoengineering and climate models
6.4 Saving Miami, Shanghai and Venice by lowering the sea
Bibliography
Some Useful Constants
Glossary