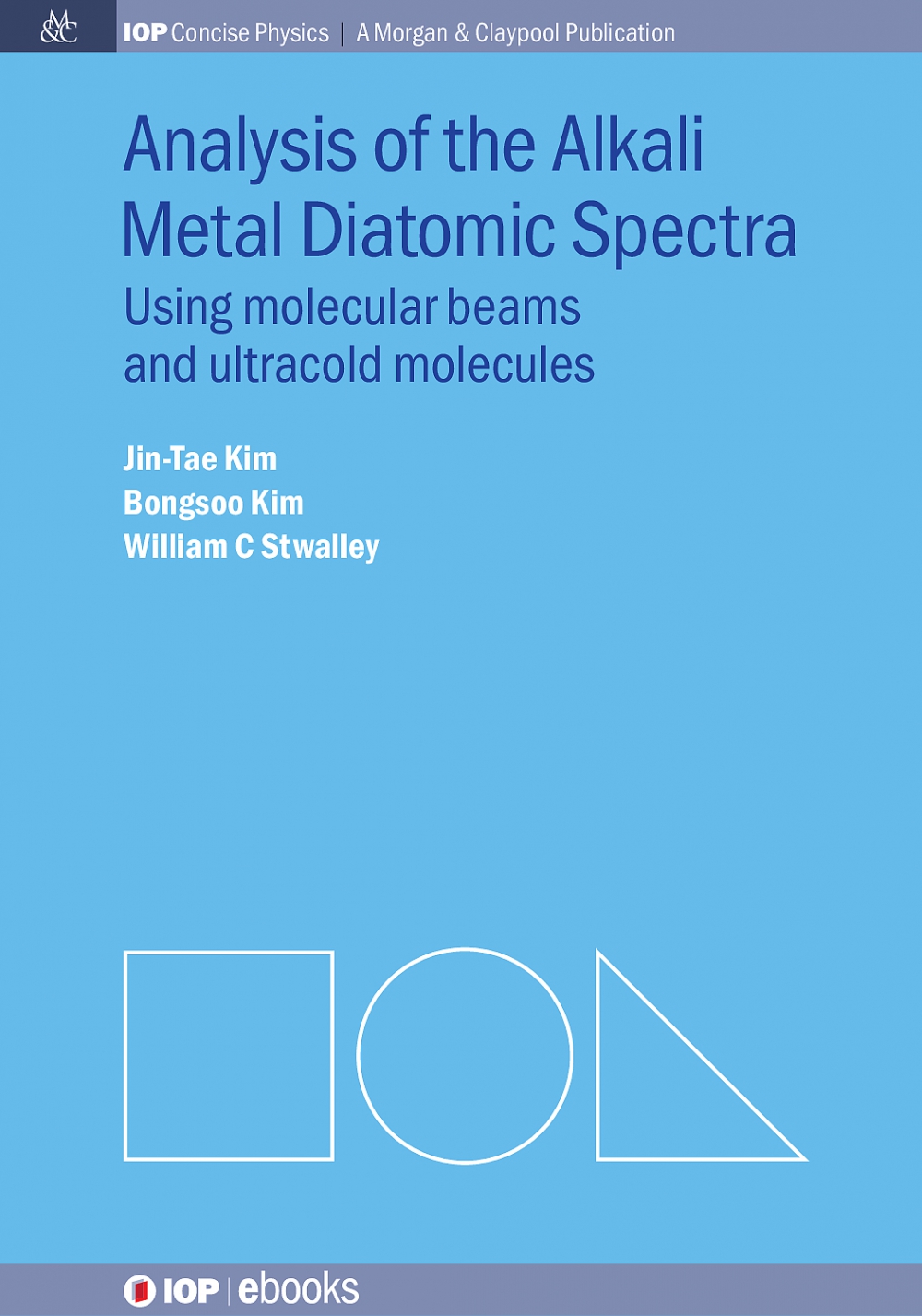 This book illustrates the complementarity of molecular beam (MB) spectra and ultracold molecule (UM) spectra in unraveling the complex electronic spectra of diatomic alkali metal molecules, using KRb as the prime example. Researchers interested in molecular spectroscopy, whether physicist, chemist, or engineer, may find this book helpful and may be able to apply similar ideas to their molecules of interest.

Jin-Tae Kim is a Professor of the Department of Photonic Engineering at Chosun University, Gwangju, Korea. He has served as the chair of the division of atomic and molecular physics in the Korean Physical Society since 2014. Bongsoo Kim is Professor of Chemistry at KAIST in Korea. His primary interest has been laser spectroscopy in molecular beams. Recently he expanded into nanoscience and synthesized gold nanowires and nanoplates, utilizing them for surface enhanced Raman scattering. In 2015 he serves as Chairman of the Physical Chemistry Section of the Korean Chemical Society for a year. Awards include the Grand Research Prize in 2011 from the Korean Chemical Society. William C Stwalley is Board of Trustees Distinguished Professor of Physics at the University of Connecticut at Storrs as well as Affiliate Professor of Chemistry and member of the Institute of Materials Science. His primary interest has been atomic and molecular interactions, which he has studied theoretically and experimentally, emphasizing the determination of potential energy curves out to long range and the use of laser spectroscopy. Major awards received include the Meggers Award for spectroscopy of the Optical Society of America and the Connecticut Medal of Science.