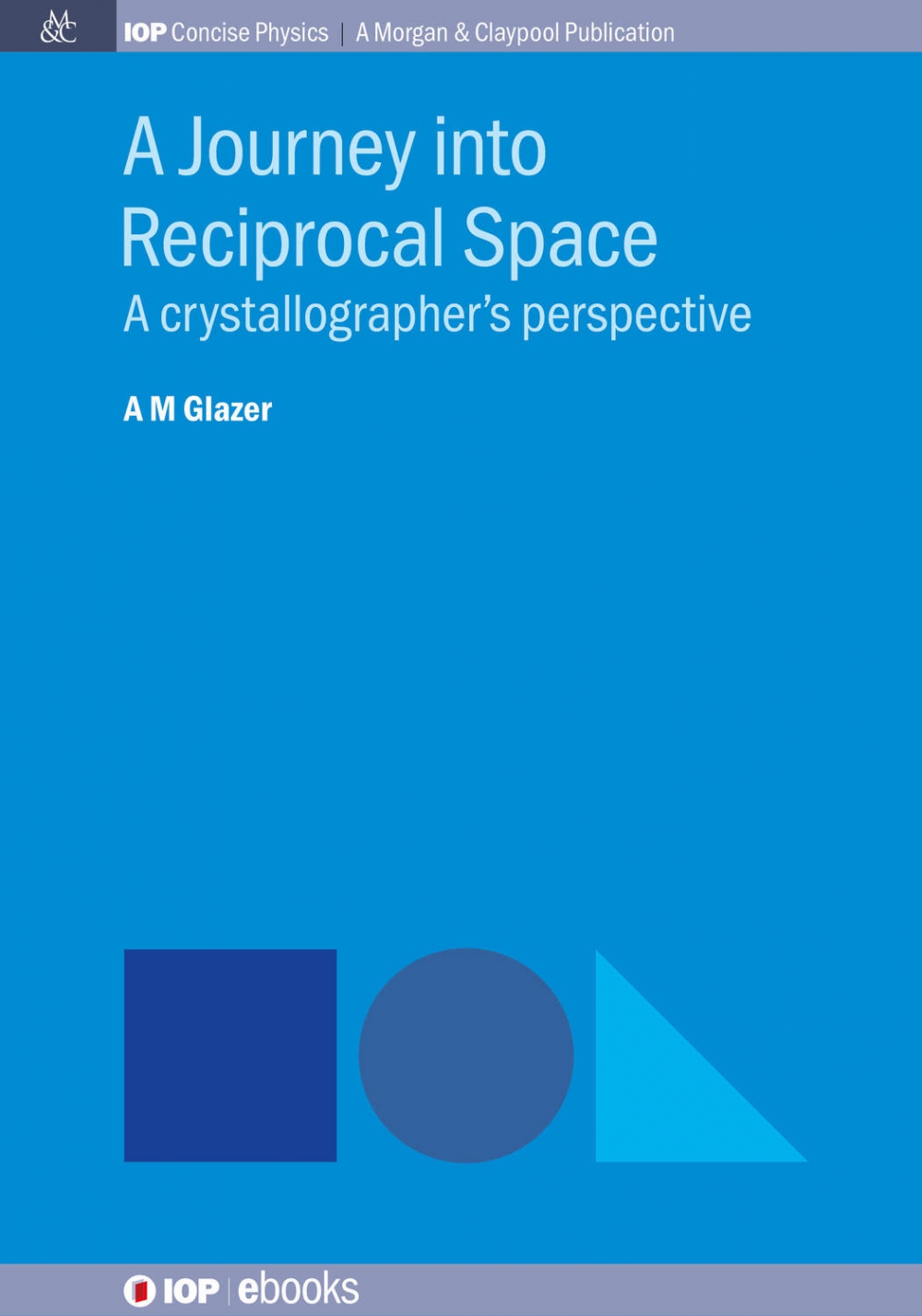 The concept of reciprocal space is more than 100 years old, and has been of particular use by crystallographers in order to understand the patterns of spots when X-rays are diffracted by crystals. However, it has a much more general use, especially in the physics of the solid state. In order to understand what it is, how to construct it and how to make use of it, it is first necessary to start with the so-called real or direct space and then show how reciprocal space is related to it. Real space describes the objects we see around us, especially with regards to crystals, their physical shapes and symmetries and the arrangements of atoms within: the so-called crystal structure. Reciprocal space on the other hand deals with the crystals as seen through their diffraction images. Indeed, crystallographers are accustomed to working backwards from the diffraction images to the crystal structures, which we call crystal structure solution. In solid-state physics, one usually works the other way, starting with reciprocal space to explain various solid-state properties, such as thermal and electrical phenomena.

This book starts with the crystallographer's point of view of real and reciprocal space and then proceed to develop this in a form suitable for physics applications. Note that while for the crystallographer reciprocal space is a handy means of dealing with diffraction, for the solid-state physicist it is thought of as a way to describe the formation and motion of waves, in which case the physicist thinks of reciprocal space in terms of momentum or wave-vector k-space. This is because, for periodic structures, a characteristic of normal crystals, elementary quantum excitations, e.g. phonons and electrons, can be described both as particles and waves. The treatment given here, will be by necessity brief, but will lead the reader to build upon the concepts described. This book is written for both undergraduate and graduate students of what today we call "condensed matter physics".

Professor A M Glazer is Vice-President of the International Union of Crystallography, Emeritus Professor of Physics and Emeritus Fellow of Jesus College, Oxford. He also holds the post of visiting Professor at the University of Warwick.