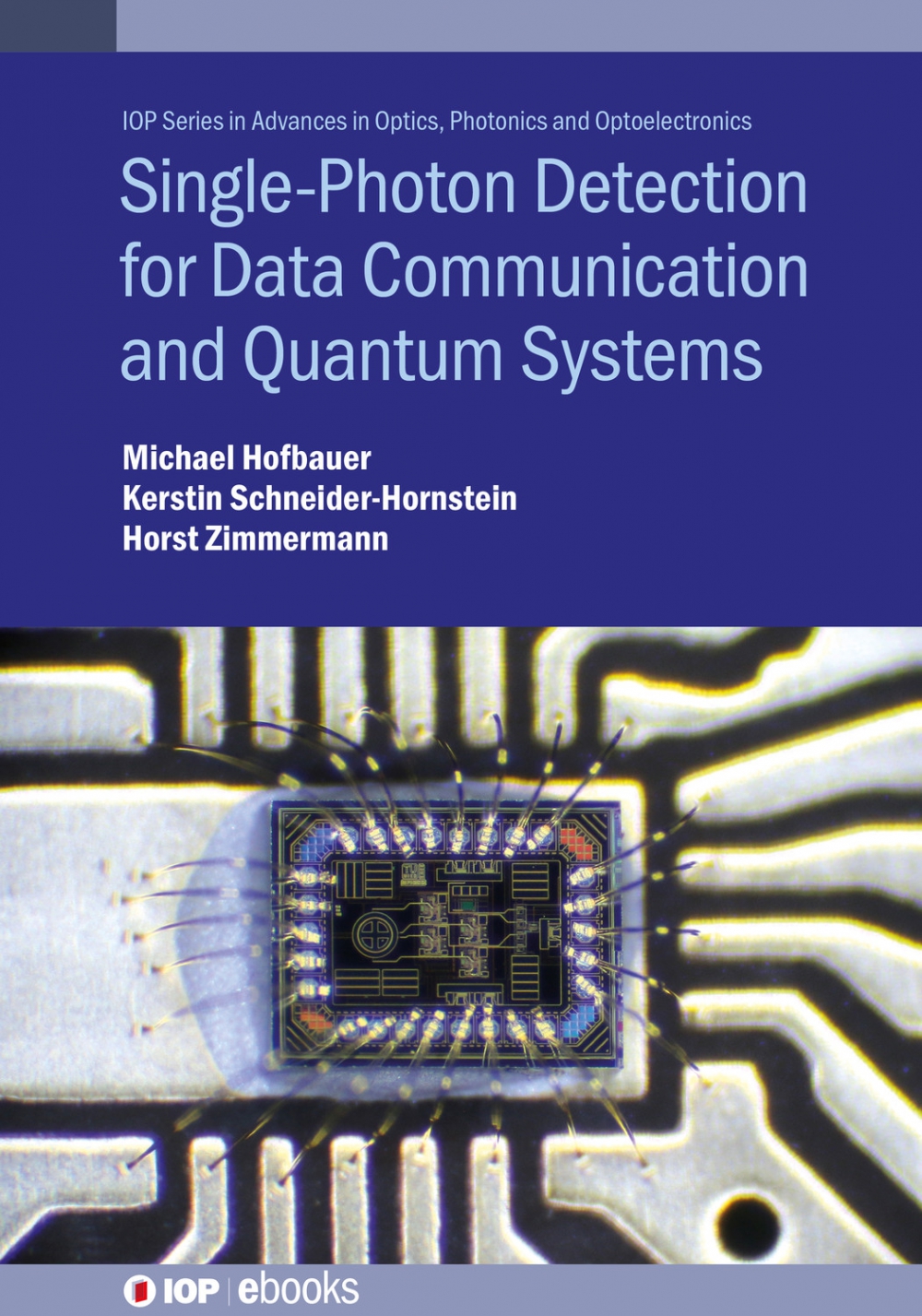 Many single photon detection systems are based on the technology of superconducting nanowires. But despite their high detection efficiency, the need of cooling them to cryogenic temperatures prohibits their widespread usage. This book shows the progress of integrated (thick) CMOS SPADs towards high photon detection probabilities and applications such as in low-cost consumer data communication and high-end single-photon counting for quantum applications. Newest research results are introduced and comprehensively detailed.

1. The topic is covered from basics to applications.

2. The properties of discrete SPADs and of integrated SPADs are compared in compact form.

3. Dedicated circuits to exploit discrete and integrated SPADs are introduced and explained in detail.

Dr. Michael Hofbauer received his Dipl.-Ing. degree in Electrical Engineering from TU Wien (Vienna University of Technology) in 2011. He became research assistant in 2011 and university assistant in 2016. In 2017, he received the Dr. degree from TU Wien. He finished his doctoral studies sub auspiciis Praesidentis (i.e. with highest possible honors). His main fields of research are opto-electronic integrated circuits, single-photon detectors, integrated photonics, distance measurements, and single-event effects. He authored and co-authored more than 70 journal and conference contributions.

Dr. Kerstin Schneider-Hornstein received the Dipl. Ing. degree and Dr. techn. degree from Vienna University of Technology, Austria, in 2000 and 2004, respectively. Since 2001 she is with Vienna University of Technology, Institute of Electrodynamics, Microwave and Circuit Engineering, Vienna, Austria. Her major fields of interest are optoelectronics, photonic-electronic integration, and integrated circuit design. She is author of the Springer book 'Highly Sensitive Optical Receivers' and author and co-author of more than 65 journal and conference papers.

Dr. Horst Zimmermann, received the diploma in Physics in 1984 from the University of Bayreuth, Germany, and the Dr.-Ing. degree from the University Erlangen-Nürnberg working at the Fraunhofer Institute for Integrated Circuits (IIS-B), Erlangen, Germany in 1991. Then, Dr. Zimmermann was an Alexander-von-Humboldt Research Fellow at Duke University, Durham, N.C., working on diffusion in Si, GaAs, and InP until 1992. In 1993, he joined the Chair for Semiconductor Electronics at Kiel University, Kiel, Germany, where he lectured optoelectronics and worked on optoelectronic integration. Since 2000 he is full professor for Electronic Circuit Engineering at Vienna University of Technology, Vienna, Austria. His main interests are in design and characterization of analog and nanometer CMOS circuits as well as optoelectronic integrated CMOS and BiCMOS circuits, in optical wireless communication, in single-photon detection and in electronic-photonic integration. He is author of the Springer books 'Integrated Silicon Optoelectronics' and 'Silicon Optoelectronic Integrated Circuits' as well as co-author of "Highly Sensitive Optical Receivers", "Optical Communication over Plastic Optical Fibers", "Analog Filters in Nanometer CMOS", "Comparators in Nanometer CMOS Technology", and "Optoelectronic Circuits in Nanometer CMOS Technology". In addition, he is author and co-author of more than 550 publications. In 2002, he became Senior Member IEEE. He was primary guest editor of the Nov./Dec. 2014 issue of IEEE J. Selected Topics in Quantum Electronics on Optical Detectors: Technology and Applications.

Series: IOP Series in Advances in Optics, Photonics and Optoelectronics