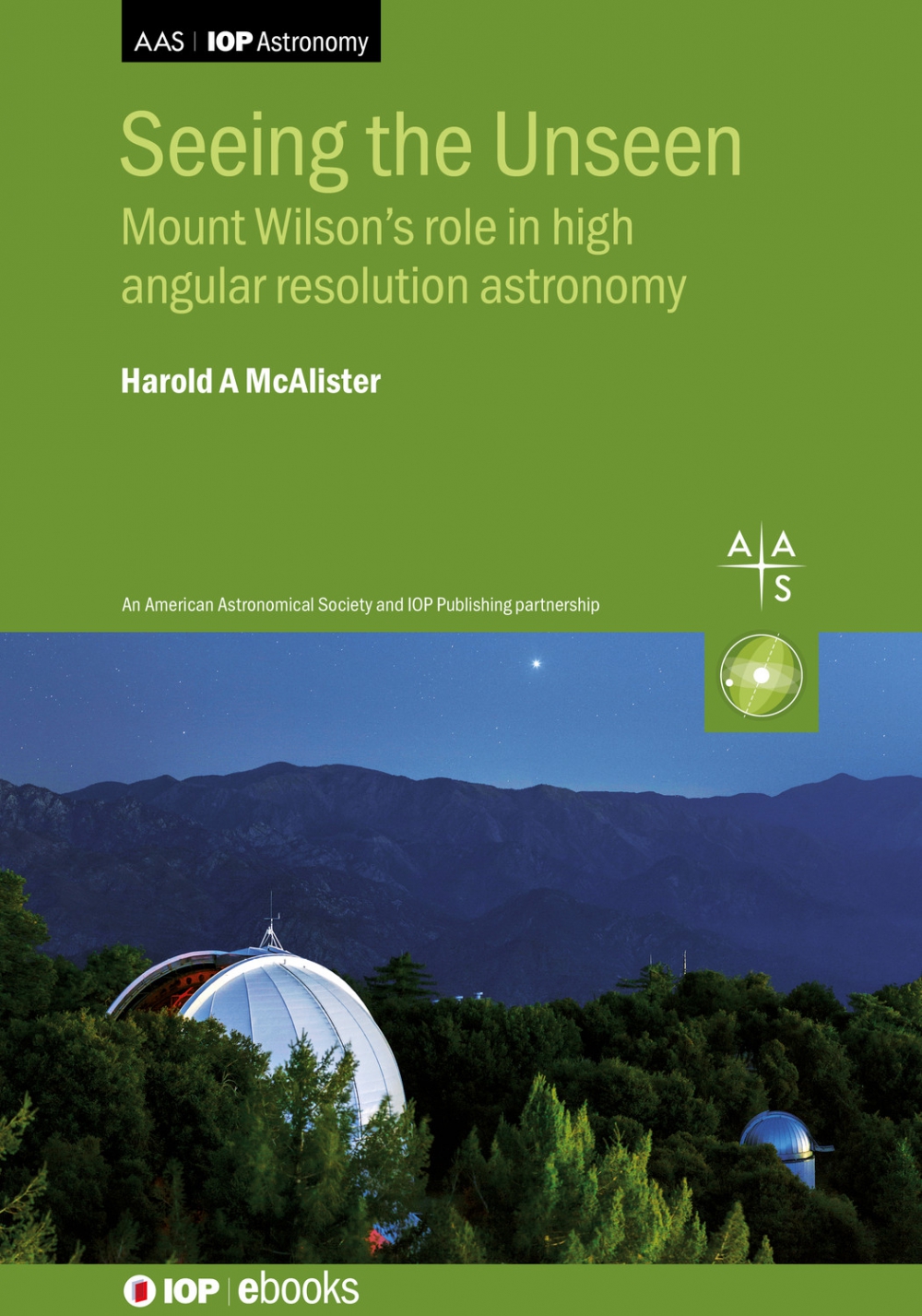 This book provides a detailed history of stellar interferometry as practised at Mount Wilson Observatory. It covers the origin of the field in the early 19th Century, and its subsequent development throughout the last hundred years at the observatory, including the people, instruments, and methods involved in advancing high angular resolution astronomy. Additionally, two extensive appendices cover the importance of Mount Wilson today as well as an interferometry primer. It is an excellent book for historians, astronomers and anyone interested in Mount Wilson.

Harold A McAlister is regents professor emeritus of astronomy at Georgia State University where he founded the Center for High Angular Resolution Astronomy (CHARA) in 1983 and served as its director until he retired in 2015. As principal investigator for the CHARA Array, he led the team that turned a dream into a reality when ground was broken on Mount Wilson on July 13 1996. During 2002–2014 he served pro bono as CEO of the Mount Wilson Institute and director of Mount Wilson Observatory.