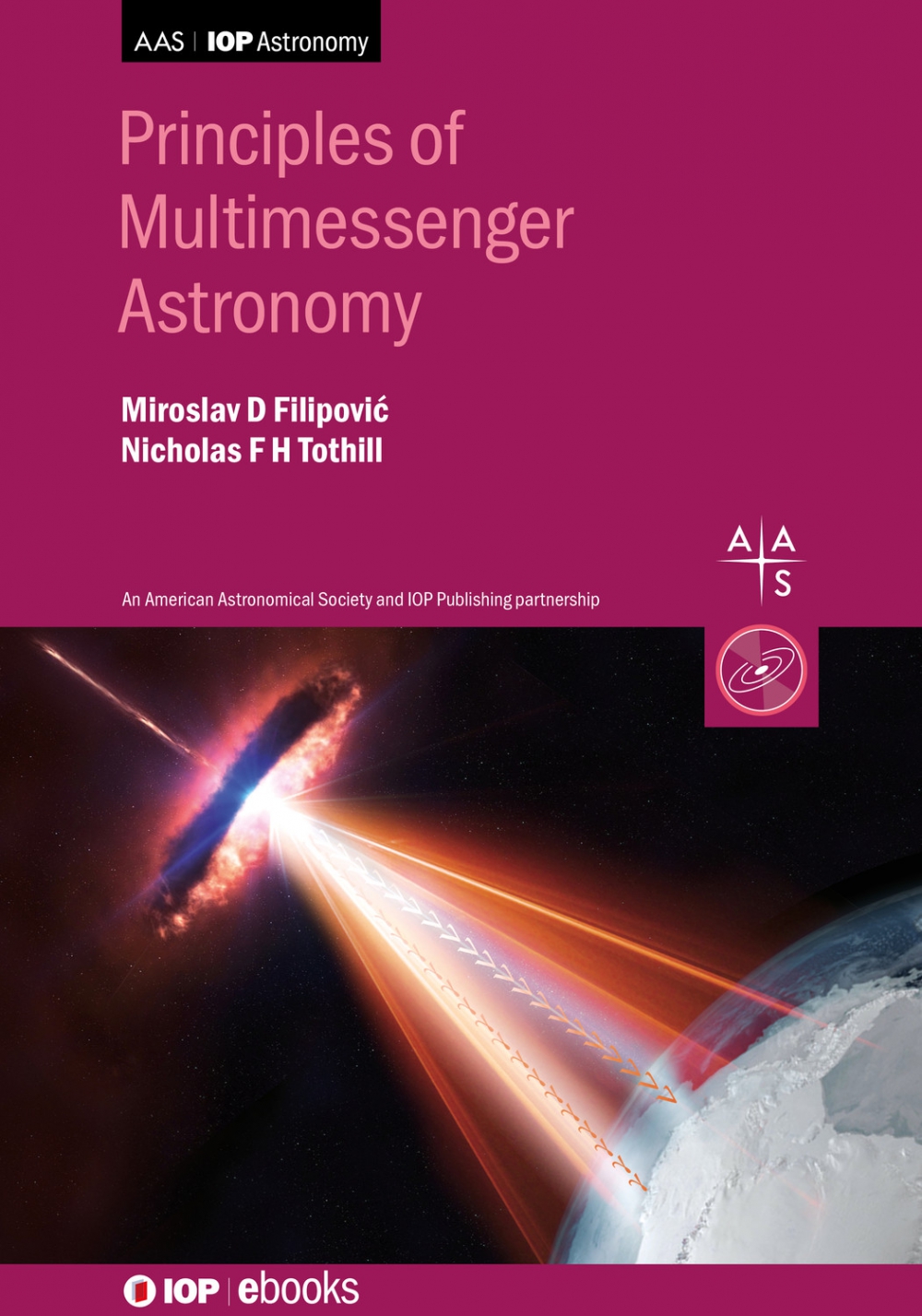 Astronomy has traditionally relied on capturing photons from cosmic sources to be able to understand the universe. During the 20th and 21st centuries, different messengers have been added to the astronomer's toolset: cosmic rays, neutrinos, and most recently gravitational waves. Each of these messengers opens a new window on the universe, and a modern astronomer must be familiar with them. The goal of this book is to provide a broad understanding of these messengers and their relationship to each other. The unique physics of each messenger is introduced, as well as the physics of their detection and interpretation. An additional focus is the discussion of techniques and topics that are common to more than one messenger. Principles of Multimessenger Astronomy is designed to be both an introduction and reference to modern astronomy.

Professor Miroslav D. Filipović is a scientist, philosopher and philanthropist with over 30 years of experience in astronomy. Since May 2002, Professor Filipović is affiliated with the Western Sydney University (WSU), and has been responsible for the development of Astronomy at WSU. He is Chair of the largest public Observatory in Australia (the WSU's Penrith Observatory), and has over 200 refereed publications. His research interests centre on supernovae, high-energy astrophysics, planetary nebulae, Milky Way structure and mass extinctions, H II regions, X-ray binaries, active galactic nuclei, deep fields, and stellar content in nearby galaxies. All of this research is closely related to further our understanding of the interactions between galaxies and the processes of stellar formation and star evolution as they affect galaxy evolution.

Nick Tothill joined Western Sydney University in 2011, where he is now Senior Lecturer in the School of Science and Director of the Penrith Observatory. He is a member of the Astronomical Society of Australia and the International Astronomical Union. His research centres on the interstellar medium of the Milky Way, but includes topics as diverse as high-redshift galaxy surveys, Antarctic astronomy, and cosmic-ray astrophysics.