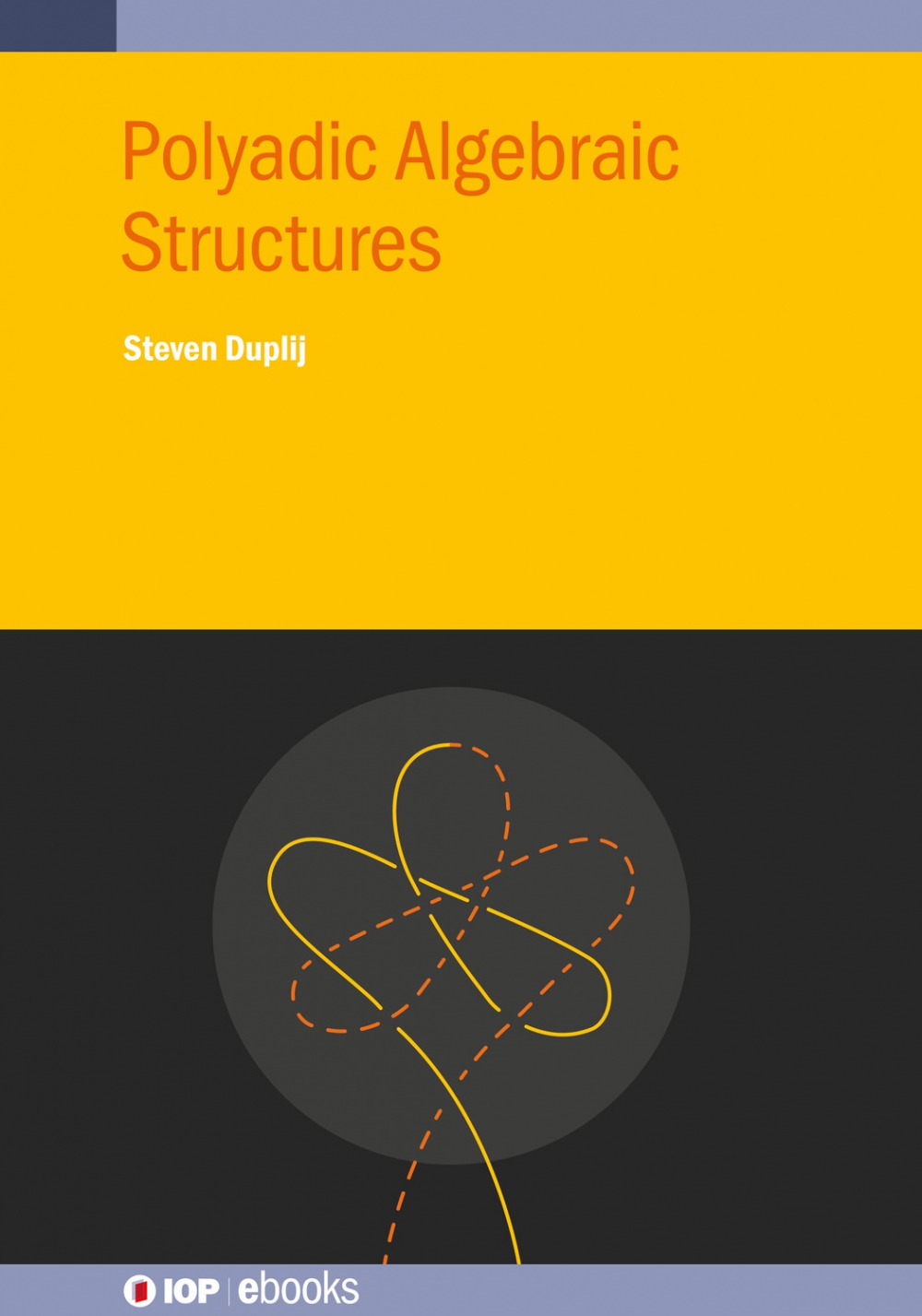 The book is devoted to the thorough study of polyadic (higher arity) algebraic structures, which has a long history, starting from 19th century. The main idea was to take a single set, closed under one binary operation, and to "generalize" it by increasing the arity of the operation, called a polyadic operation. Until now, a general approach to polyadic concrete many-set algebraic structures was absent. We propose to investigate algebraic structures in the "concrete way" and provide consequent "polyadization" of each operation, starting from group-like structures and finishing with the Hopf algebra structures. Polyadic analogs of homomorphisms which change arity, heteromorphisms, are introduced and applied for constructing unusual representations, multiactions, matrix representations and polyadic analogs of direct product. We provide the polyadic generalization of the Yang-Baxter equation, find its constant solutions, and introduce polyadic tensor categories.

Steven Duplij (Stepan Douplii) is a theoretical and mathematical physicist from the University of Münster, Germany. Dr Duplij is the editor-compiler of "Concise Encyclopaedia of Supersymmetry" (2005, Springer), and is the author of more than a hundred scientific publications and several books. His scientific directions include supersymmetry and quantum groups, advanced algebraic structures, gravity and nonlinear electrodynamics, constrained systems and quantum computing.