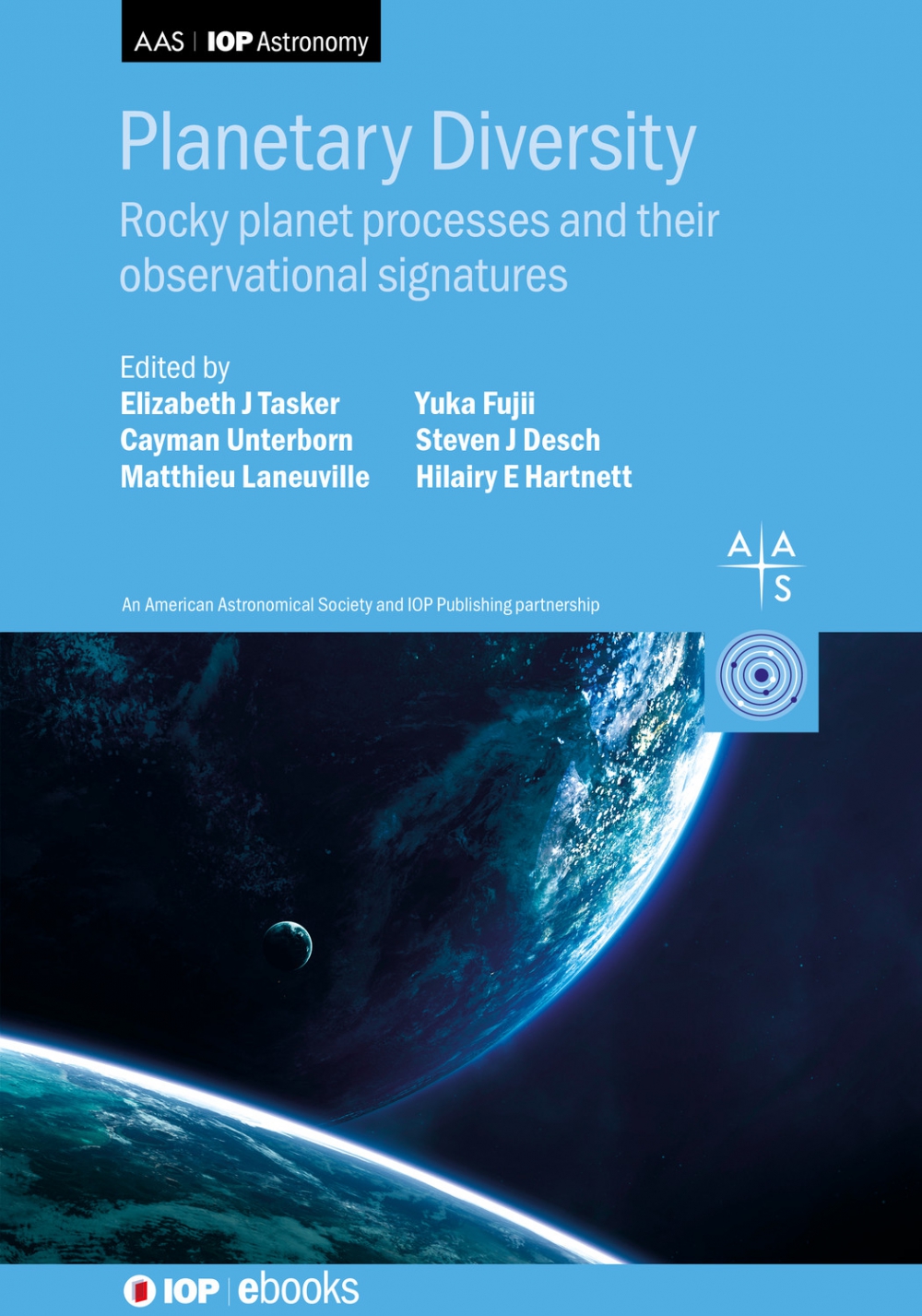 The last 30 years have seen an irrevocable change in the field of planetary science with the discovery of the first planets around stars other than our own Sun. While approximately 20 percent of the exoplanets we have discovered are close in size to the Earth, the similarity of their surface environment to our home world remains unknown. This book presents an exploration of the potential diversity of rocky planets through a quantitative study of how planetary processes change as properties deviate from the Earth. Changes in four specific properties are considered: the presence of a magnetic field, the production and loss of internal heat, planetary composition and volatile abundance.

Elizabeth J Tasker is an Associate Professor in astrophysics at the Institute of Space and Astronautical Science (ISAS), Japan Aerospace Exploration Agency (JAXA). Her research focuses on the formation of stars and planets through hydrodynamical simulations and machine learning algorithms. Tasker is also a science communicator, writing principally on the subject of exoplanets and solar system exploration. Her popular science book The Planet Factory was published in 2017.

Cayman Unterborn received his PhD in geologic science in 2016 from The Ohio State University. He is currently a research scientist in the School of Earth and Space Exploration at Arizona State University. His primary area of research is the characterization of exoplanet interiors, specifically the impact of host-star compositional variation and planetary formation on terrestrial planet geochemical and geophysical diversity.

Matthieu Laneuville received his PhD in geophysics in 2013 from the Institut de Physique du Globe de Paris. He joined the Earth–Life Science Institute at Tokyo Institute of Technology in 2014 as a research scientist. He is now project Associate Professor in that same institute and focuses his research on characterising the possible diversity of rocky planets based on our understanding of processes from bodies in our solar system.

Yuka Fujii is an Associate Professor at the National Astronomical Observatory of Japan. Her primary area of research is the characterization of exoplanets with a focus on the strategies to study the surface environment of potentially habitable exoplanets.

Steven J Desch is a Professor of astrophysics in the School of Earth and Space Exploration at Arizona State University. His speciality is in applying meteoritic data to constrain models of how the Sun's protoplanetary disk evolved, and he has worked on solving the problems of chondrule formation, the formation of calcium-rich, aluminium-rich inclusions, and the origins of the short-lived radionuclides.

Hilairy E Hartnett is a Professor, jointly appointed in the School of Earth and Space Exploration and the School of Molecular Sciences at Arizona State University. She is an oceanographer and organic geochemist whose research focuses on carbon and nitrogen cycling in aquatic systems that range from urban wetlands, to rivers, hot springs, and oceans both here on Earth and on exoplanets.