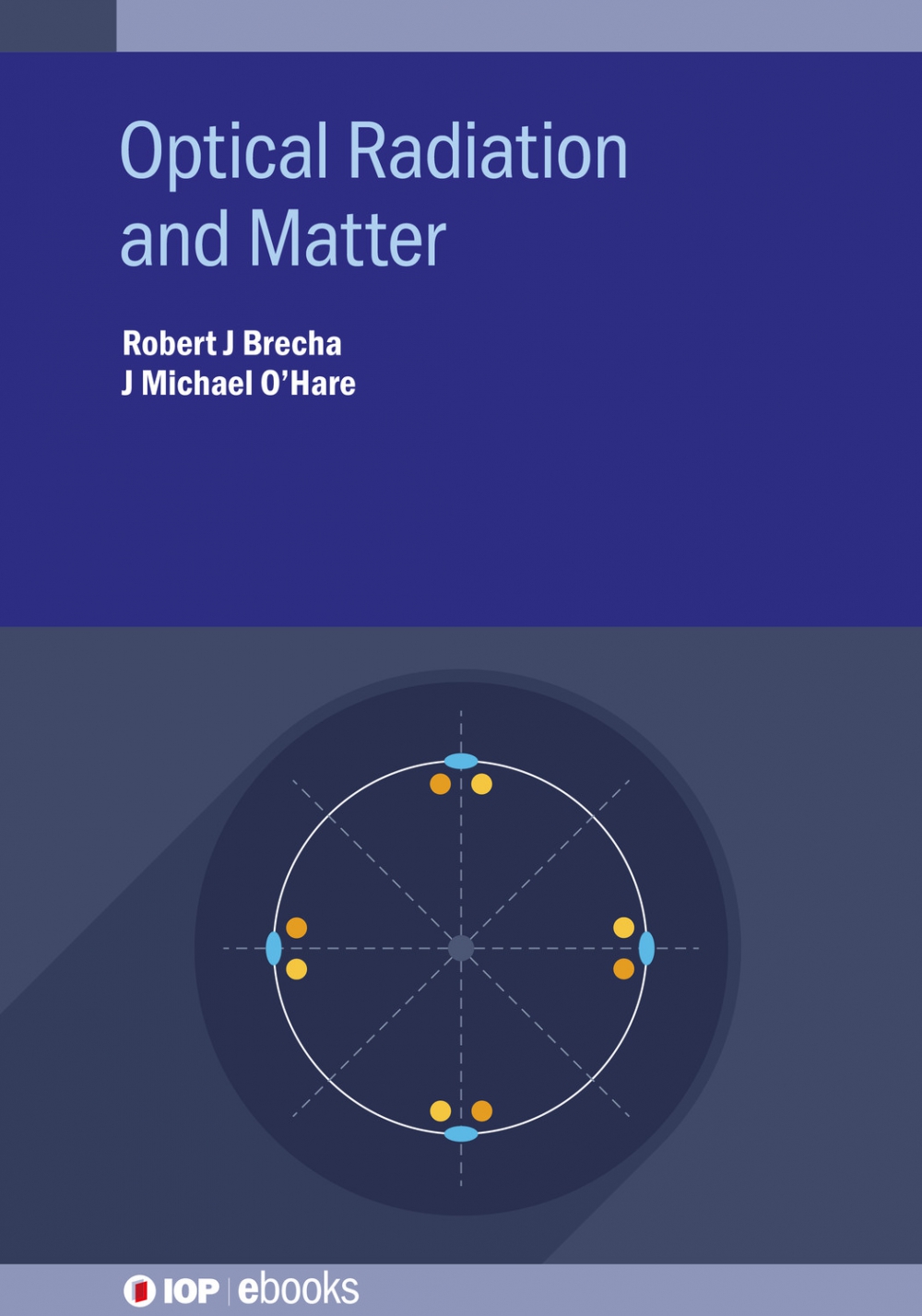 Optical Radiation and Matter provides a deeper look at electricity and magnetism and the interaction of optical radiation with molecules and solid materials. The focus is on developing an understanding of the sources of light, how light moves through matter, and how external electric and magnetic fields can influence the way light waves propagate through materials.

Classroom tested for over 30 years and now revised and expanded, this textbook provides introductory chapters reviewing the basics before moving into more advanced topics. With an introduction, worked examples, and end-of-chapter problems for each chapter, this textbook is suitable for readers with a background in electricity and magnetism at an advanced undergraduate level and will complement any course on advanced electricity and magnetism, electro-optics, and radiation and matter.

Robert J. Brecha graduated from Wright State University (B.S. in Physics, 1983) and from the University of Texas at Austin (Ph.D. in Physics, 1990) where his research focus was in the field of Quantum Optics. Since 1993 he has been at the University of Dayton where he is Professor of Physics, was a member of the Electro-optics Program, and is now affiliated with the Renewable and Clean Energy Program. He was founding coordinator of the Sustainability, Energy and the Environment (SEE) initiative from 2007 - 2015. From 2006-2017 he was a regular visiting scientist at the Potsdam Institute for Climate Impact Research (PIK) in Germany, including one year as a Fulbright Fellow (2010-2011), and was visiting scientist at the Berlin think-tank Climate Analytics during 2018. He has published numerous papers on theoretical and experimental aspects of cavity quantum electrodynamics and molecular spectroscopy. More recently his research publications focus on energy efficiency in buildings, climate change mitigation strategies, and energy needs for sustainable development.

J. Michael O'Hare is Distinguished Service Professor and Professor Emeritus of Physics and Electro-Optics. He served as chair of the Department of Physics from 1983 to 2007. A native of Cedar Rapids, Iowa, he received his B.S. degree from Loras College in Dubuque, Iowa, his M.S. from Purdue University and his Ph.D. in theoretical physics from The State University of New York at Buffalo. He joined the faculty of The University of Dayton in 1966 and since then has taught physics courses at all levels. He has research experience in atomic, molecular, solid state and optical physics. While at the University of Dayton he has done theoretical and experimental work on the optical properties of materials, and was the principal investigator on various research contracts with the Air Force Materials Laboratory at the Wright-Patterson Air Force Base. Dr. O'Hare was a co-principal investigator on a NASA sponsored NOVA grant for the design of curricula for developing scientific literacy in preservice teachers