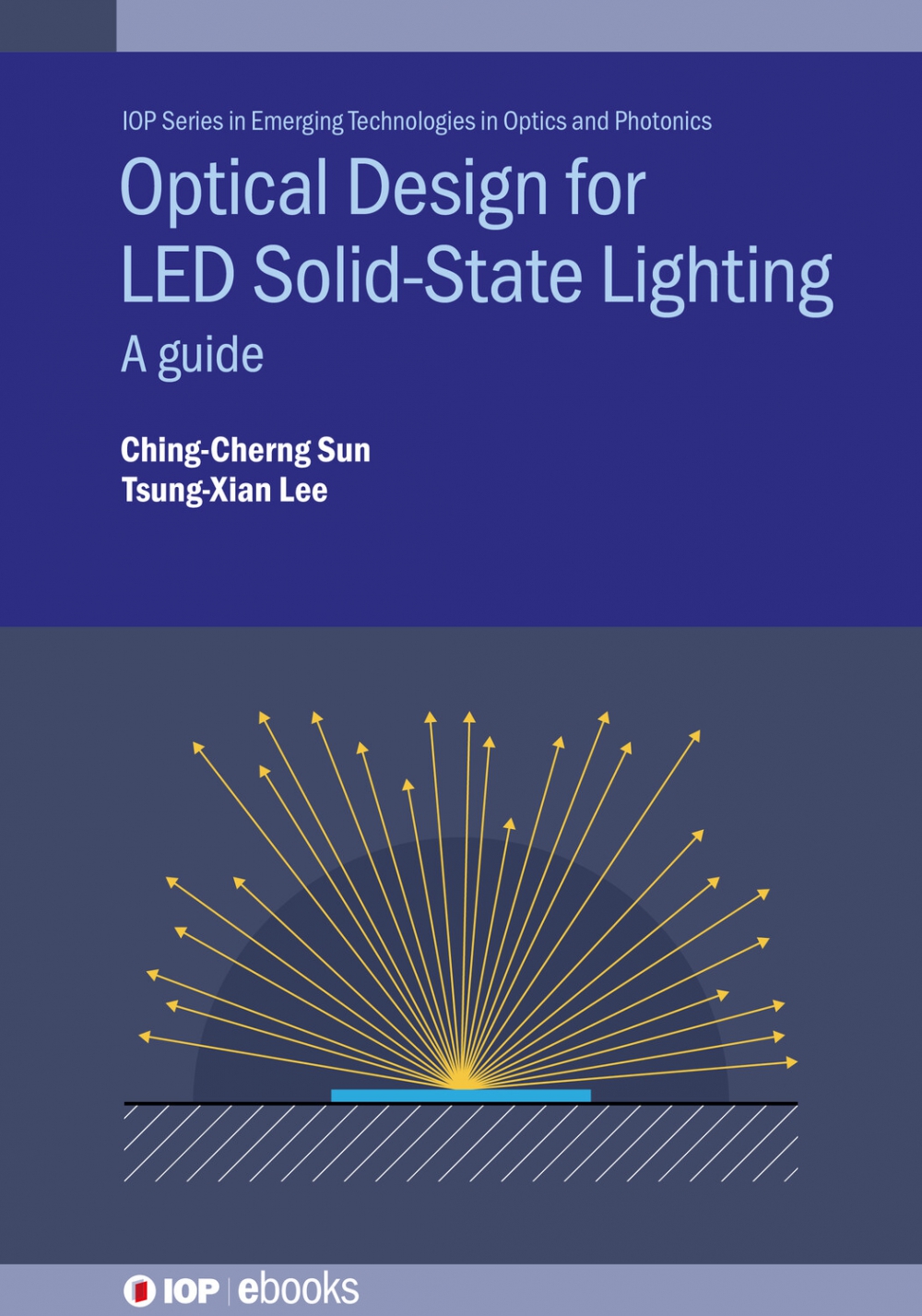 Light-emitting diodes (LEDs) are considered the most important light source of the 21st century owing to advantages of energy saving, long life, fast response, high colour performance, and environmental benefit. We believe that accurately understanding the light performances of LEDs and using them skilfully is an important capability for optical designers.

This book provides an overview of the light performance of LED SSL and can further effectively apply optical design to SSL at different levels. Optical Design for SSL is classified into four levels including LED die, package, component, and system. All approaches are aimed at teaching readers to precisely determine the spatial and chromatic light performance of an LED and increasing the optical utilization factor of an LED luminaire to achieve optical energy efficiency.

·        Presents an essential guidebook for optical design in LED Lighting

Ching-Cherng Sun received his BS in electro-physics from National Chiao Tung University in 1988 and his Ph.D. in Optical Sciences, from National Central University (NCU), in Jan. 1993. In 1996, he joined the faculty of NCU and became a Full Professor in 2002, named Distinguished Professor in 2006, and Chair Professor in 2014. He is a Fellow of the International Society of Optical Engineering (SPIE) and OPTICA (formerly OSA), the President of TPS (2019-2022), and currently an Associate Editor of OSA Continuum, Editorial member of Scientific Reports, and Crystals.

Tsung-Xian Lee, is the Associate Professor of the Graduate Institute of Color and Illumination Technology at National Taiwan University of Science and Technology. Prof. Lee received his BS in physics at National Sun Yat-Sen University, and his MS and PhD in optics sciences at National Central University. His doctoral dissertation was on the topic of LED light extraction. He also worked for the EPISTAR Corporation to research advanced LED die and packaging technologies. He has worked for over ten years in the field of LED solid-state lighting. Presently, he is still committed to developing various LED applications, including intelligent lighting, human centrical lighting, healthy lighting, infrared sensing, and ultraviolet sterilization.

Series: IOP Series in Emerging Technologies in Optics and Photonics