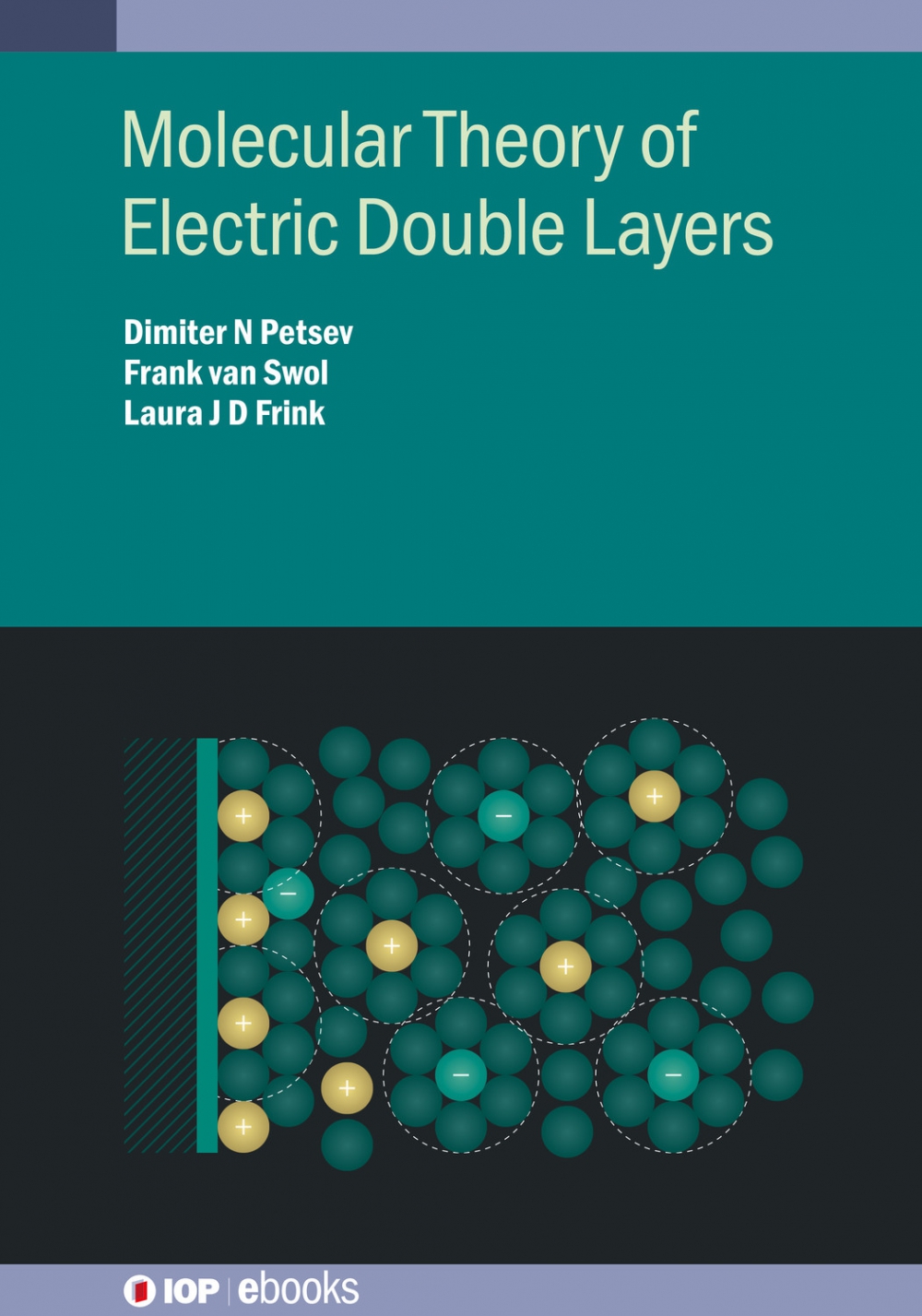 The electrical double layer describes charge and potential distributions that form at the interface between electrolyte solutions and the surface of an object, and they play a fundamental role in chemical and electrochemical behaviour. Colloid science, electrochemistry, material science, and biology are a few examples where such interfaces play a crucial role. The focus of this book is on the application of modern liquid state theories to the properties of electric double layers, where it demonstrates the ability of statistical mechanical approaches, such as the classical density functional theory, to provide insights and details that will enable a better and more quantitative understanding of electric double layers. The book will be essential reading for advanced students and researchers in interfacial science and its numerous applications.

Dr Dimiter N Petsev received his PhD in Physical Chemistry from the University of Sofia. Then he holds research positions at Purdue University and the University of Alabama in Huntsville. Dr Petsev's research interests are in the area of colloids, surfaces, and interfaces. A significant part of the efforts are focused on the dynamics of charged colloids, self-assembly of ionic surfactants, and emulsion stability against flocculation and coalescence. Other research areas of interest include electrokinetic phenomena and their relation to micro and nanofluidics, and capillary-driven flow in porous materials.
Dr Frank van Swol received his PhD in Physical Chemistry from the University of Amsterdam, The Netherlands, where he was supervised by Prof. L V Woodcock. His research has focused on the statistical mechanics of interfaces using molecular dynamics, Monte Carlo, and classical density functional theory techniques. Dr van Swol was awarded a Ramsay Memorial Fellowship, which he held at Oxford University (UK) where he worked with Prof. John S Rowlinson, from 1982 until 1985. He then joined the Chemical Engineering Department of Cornell as a visiting faculty and the University of Illinois at Urbana-Champaign before joining Sandia National Laboratories in 1994, from which he retired in 2015. He has been a Research Professor at the University of New Mexico since 1996.
Dr Laura J Douglas Frink received her PhD in Chemical Engineering from the University of Illinois at Urbana-Champaign in 1995 where she was advised by Frank van Swol and Charles Zukoski. Her doctoral work involved simulation of colloidal systems with solvation potentials from classical density functional theory (DFT). She joined Sandia National Laboratories (SNL) in 1995 to pursue the development of a general-purpose c-DFT code capable of 2- and 3-dimensional calculations using parallel computing platforms. She was a lead developer of the c-DFT code Tramonto which is currently available as open-source software. Scientific interests include colloidal systems, adsorption and wetting, polymer interfaces, and self-assembled systems with applications in nanotechnology and biology. In 2008, she left SNL and started a consulting company. She became a research professor at the University of New Mexico in 2017.

2 The Origin of Charge at Interfaces Involving Electrolyte Solutions