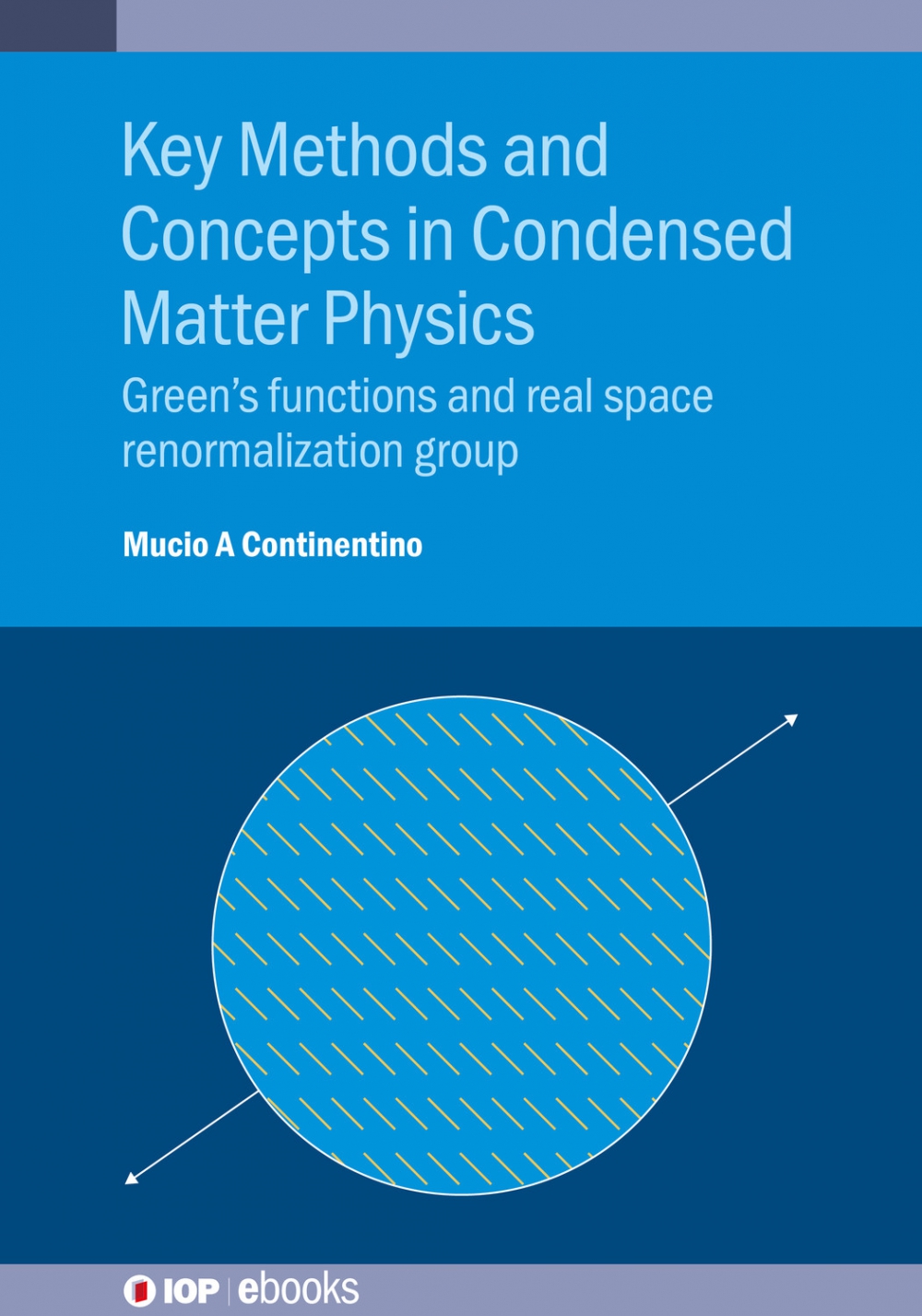 This book aims to present a concise introduction, for graduate students and researchers, to powerful techniques and important concepts in condensed matter physics. Key conceptual elements include the fluctuation–dissipation theorem, the theory of critical phenomena (both classical and quantum) and the renormalization group. The book focuses on the Green's functions method and the real space renormalization group (RG).

The Green's function method has been used extensively to study a large variety of problems in physics. The authors present a generalized version of the Green's Function method that allows one to use perturbation theory including time dependent perturbations. This can be used to treat a variety of new fundamental problems in condensed matter, such as quantum and topological phase transitions.

The real space renormalization group is a highly intuitive method to introduce main concepts in statistical mechanics and the theory of phase transitions. The book discusses the notion of scale invariance, stable and unstable fixed points, flow in parameter space, crossover and relevant and irrelevant perturbations. These will be illustrated with several examples. The book illustrates that the real space RG is very useful for treating problems such as percolation and localized magnetism as described, for example, by the Ising model.

The book considers problems in both pure and disordered condensed matter systems and discusses the new effects introduced by the latter.

The book presents the solutions of some fundamental problems in condensed matter physics using the methods and tools introduced in the chapters. The calculations will be carried out with step-by-step details to help readers master the techniques.

Finally, the book explores how the Green's functions and real space RG techniques detailed can be used to study modern problems arising from the consideration of topological aspects of condensed matter.

Mucio Amado Continentino is a Full Professor at The Brazilian Center for Research in Physics (CBPF). He is a member of the Brazilian Academy of Sciences and has published more than 250 papers in the field of condensed matter physics. He has supervised many theses on several subjects in this area and has taught many courses at CBPF and Universidade Federal Fluminense. His last book Quantum Scaling in Many-body Systems: An Approach to Quantum Phase Transitions was published in 2017.