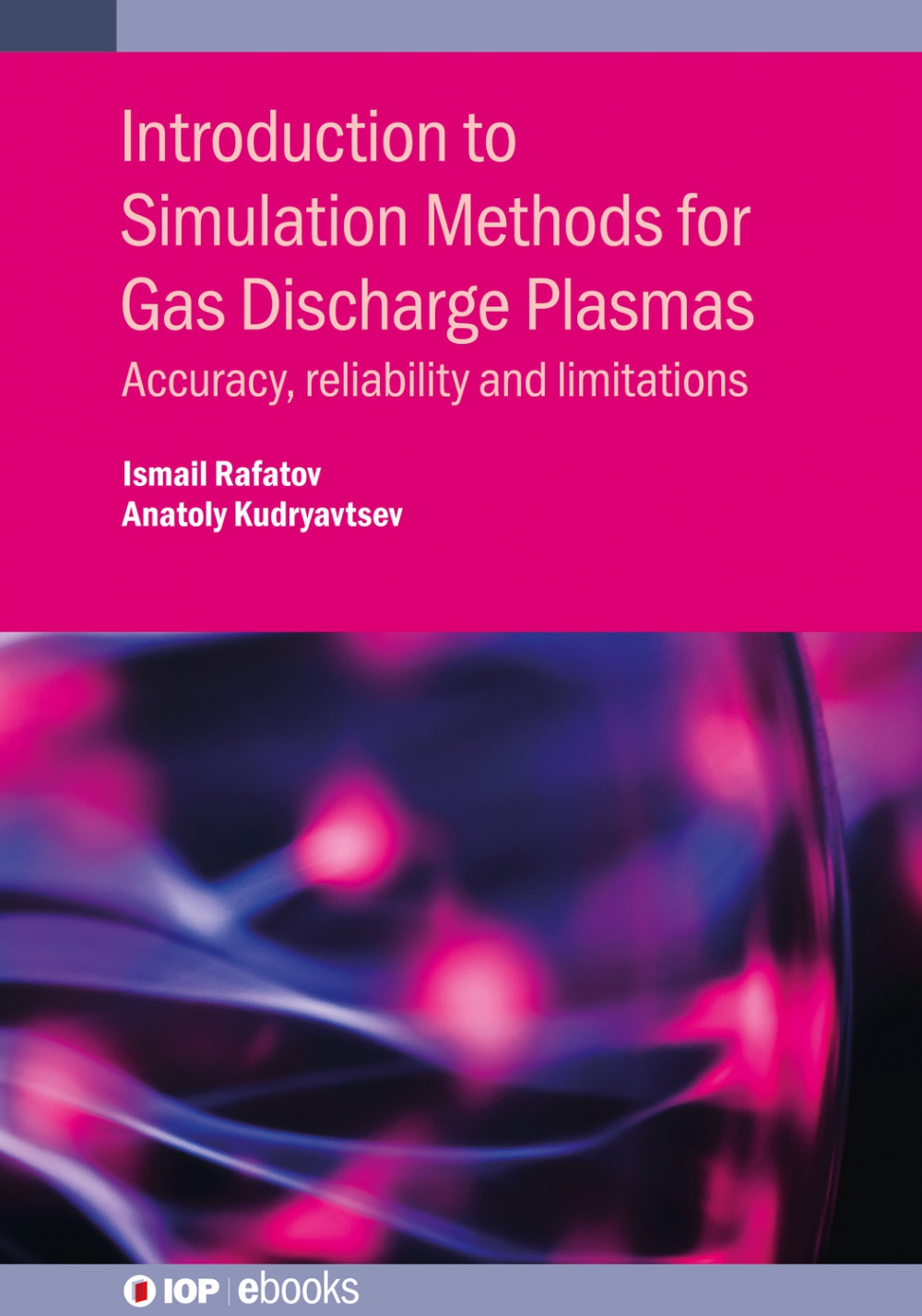 Gas discharge plasma is the most common type of low-temperature plasma, with a large number of practical applications covering almost all areas of modern science and technology. This book is an introduction to the numerical modeling methods for gas discharge plasmas. It is intended to assist and direct graduate students and junior researchers, whose research activity deals with computational plasma physics. Topics covered include the essentials of basic modeling approaches (particle, fluid, and hybrid) for gas discharges, and the implementation of these methods with examples of glow (DC and RF) discharges. Numerical studies of nonlinear dynamics and formation of spatio-temporal patterns in gas discharge systems are also presented.

Ismail Rafatov obtained his PhD at the KRSU (Bishkek, Kirghizia) in 1999. Since 2004 he has been working at the Department of Physics of the Middle East Technical University (Ankara, Turkey), and is currently Professor of this department. His research interests encompass computational plasma physics, nonlinear dynamics and chaos, and nonequilibrium pattern formation.

Anatoly Kudryavtsev received his MS and PhD degrees in physics from the Leningrad State University, USSR (currently, Saint Petersburg State University, Russia), in 1976 and 1983, respectively. Since 1982 he has held the positions of junior researcher, senior researcher, and Associate Professor at the Department of Optics of this University. He is an expert in the physics of gas discharge plasma, and has published more than 150 papers and several monographs on the probe technique for plasma diagnostics and the physics of gas discharges.

1 Modelling approaches for gas discharge plasmas
1.1 Introduction
1.2 Boltzmann kinetic equation and derivation of balance equations for the density, momentum and energy of plasma particles
1.3 Two-fluid equations for plasma
1.4 Fluid equations of plasma in drift-diffusion approximation
1.5 Limitations and applicability of the fluid model