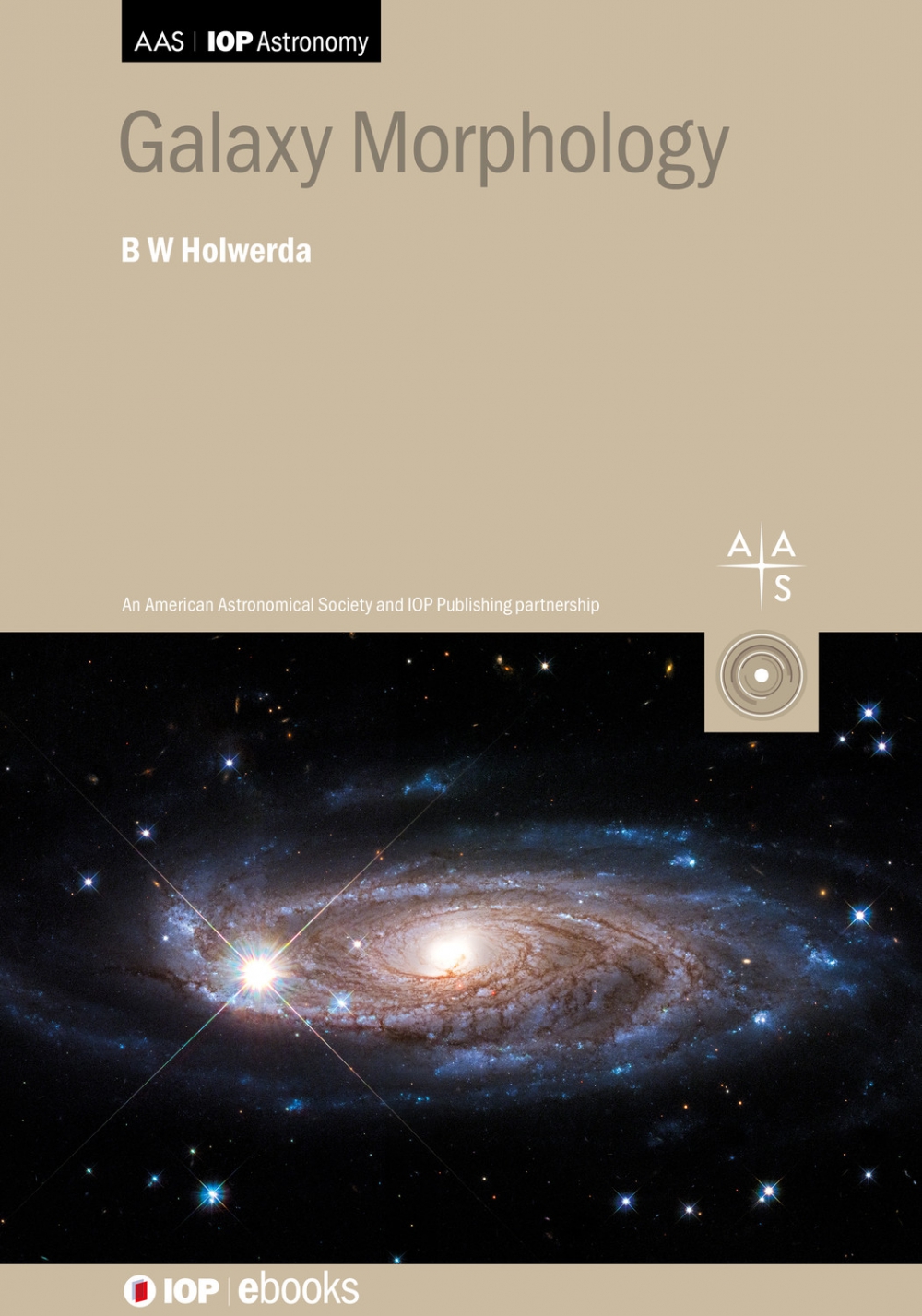 Galaxy morphology is a long-standing subfield of astronomy, moving from visual qualifications to quantitative morphometrics.  This book covers the descriptions developed by astronomers to describe the appearance of galaxies, primarily in optical, ultraviolet and near-infrared wavelengths. These descriptions range from galaxy-wide down to clumps of stars and the phenomena on scales in between. It covers qualitative classification using descriptions of the light distributions, as well as some of the near-future techniques that are expected to play a role as astronomy moves to surveys of millions of galaxies and to depths that are dominated by low-surface-brightness. Each chapter is accompanied by an appropriate Jupyter Notebook Python programming assignment. The book is aimed at the graduate student level for researchers in need to a review of galaxy morphology techniques.

Benne Holwerda is an associate professor at the University of Louisville, and is a leading expert in astronomical source catalogues and object characterization. He has worked on several projects that involve galaxy morphology classification and characterization; the Spitzer Survey of Spiral Structure in Galaxies, the Galaxy and Mass Assembly survey and the GHOSTS survey which explore extremes of low surface brightness. He authored the application of galaxy morphometrics on HI images.