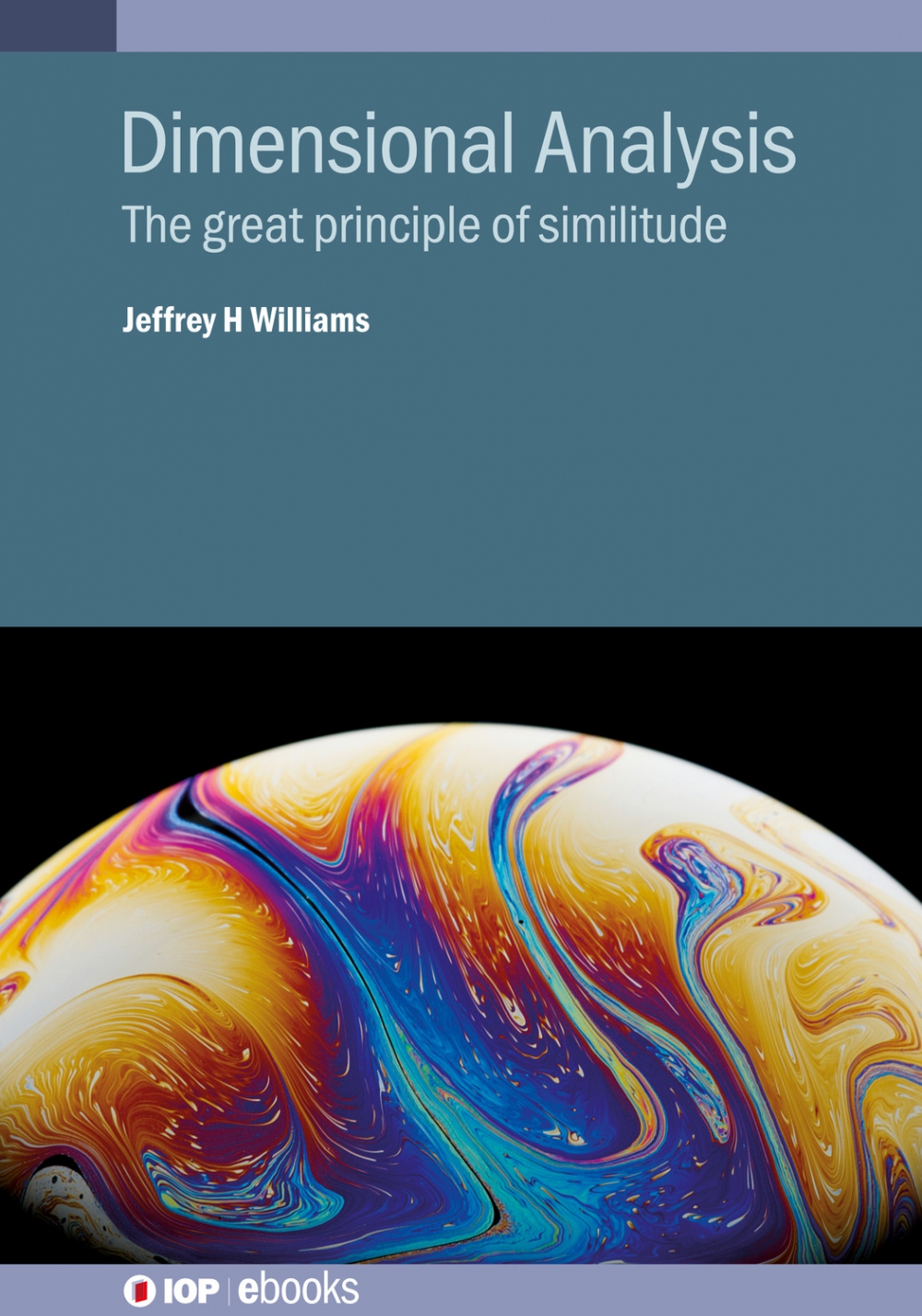 Dimensional analysis is a powerful method to analyse complex physical phenomena, including those for which we cannot pose, much less solve governing equations. Its use in science and engineering is ubiquitous and has been central to the work of greats such as Lord Rayleigh, Bohr and Einstein. It offers a method for reducing complex physical problems to their simplest forms and provides a powerful tool for checking whether or not equations are dimensionally consistent and suggests plausible equations when we know which quantities are involved. Every scientist and engineer should have this tool at their command, and this book provides an accessible, modern, self-contained and systematic overview. It outlines the principles of similitude and presents the tools of dimensional analysis for both scientists and engineers and how it can be applied practically to aid not only a greater understanding of theoretical concepts but in designing experiments and analysing experimental data. With examples relevant to a wide range of students and not limited to the physical and engineering sciences, but encompasses the biological and life sciences. The technique has, for example, been used to estimate the running speed of a hungry Tyrannosaurus rex, a comparison of the flights of mosquitos and jet airliners, and the energy released by an atomic weapon.
Key Features

Following a PhD in chemical physics from Cambridge University, Jeffrey worked as a research scientist in the universities of Cambridge, Oxford, Harvard and Illinois, and subsequently as a physicist at the Institute Laue-Langevin, France. Leaving research Jeffrey moved to the world of science publishing and the communication of science by becoming the European editor for the physical sciences for the AAAS's Science and subsequently, the Assistant Executive Secretary of the International Union of Pure and Applied Chemistry. Most recently, 2003–2008, he was the head of publications at the Bureau International des Poids et Mesures (BIPM), Sèvres. It was during these years at the BIPM that he became interested in and familiar with the origin of the Metric System, its subsequent evolution into the SI, and the coming transformation into the Quantum-SI. At the BIPM, he was the editor of their journal Metrologia. Jeffrey has written widely about science, technology, the impact of science on society and the individual for general-interest magazines such as New Scientist and for more specialized magazines (Chemistry in Britain, Physics Today, Chemical & Engineering News, Physics World and Chemistry and Industry). Jeffrey passed away in July 2021.

Preface
Dr Jeffrey Huw Williams (1956-2021) – an appreciation
Author Biography
Introduction: The language that is science
1 The origin of units
2 A brief history of dimensional analysis: A holistic approach to physics
3 Introduction to dimensions
4 Why, and how we play with variables
5 The Buckingham Π-theorem and its application
6 Scaling and similitude
7 Rules of thumb, intuitive planning, and physical insight
8 Continuum forces
9 Why is the sky blue?
10 The equilibrium between matter and energy
11 Dimensions involving molecules and fields
12 The dynamics of atoms and molecules
13 Modelling phenomena
14 The Great Principle of Similitude in Biology and Sport
15 A miscellany of analyses by dimension